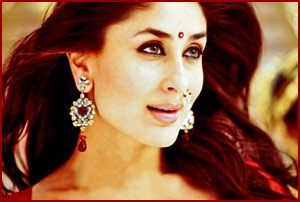 She hails from the first family of Bollywood, ‘the Kapoors’, and acting is in her blood! Bebo, as she is fondly called, hit headlines when she followed her sister’s footsteps and made headway into Bollywood in the year 2000, despite the ban on Kapoor girls entering the glam world. The ‘young, spoilt and plump’ Kareena Kapoor transformed to become the size zero, curvaceous and sensuous Bollywood diva. One of the leading ladies of the Hindi film industry today, even after eleven years in the industry, she continues to hog the limelight like no other actress. But, being ‘Kareena Kapoor’ comes at a price. From turning vegetarian during her relationship with Shahid Kapoor to their much publicised break-up and from her size-zero figure to her relationship and outdoor excursions with current beau Saif Ali Khan – her personal life has been constantly under the scanner.

But standing against all odds, Kareena has not just garnered compliments for her performances and good looks but has received awards and critical acclaim as well. With Kareena at the peak of her career and speculations of her wedding with the ‘Chhote Nawab‘ doing the rounds, Ganesha predicts the year ahead for Bebo who celebrated her 31st birthday on 21st September. 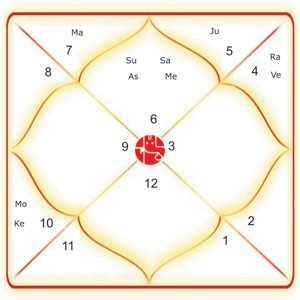