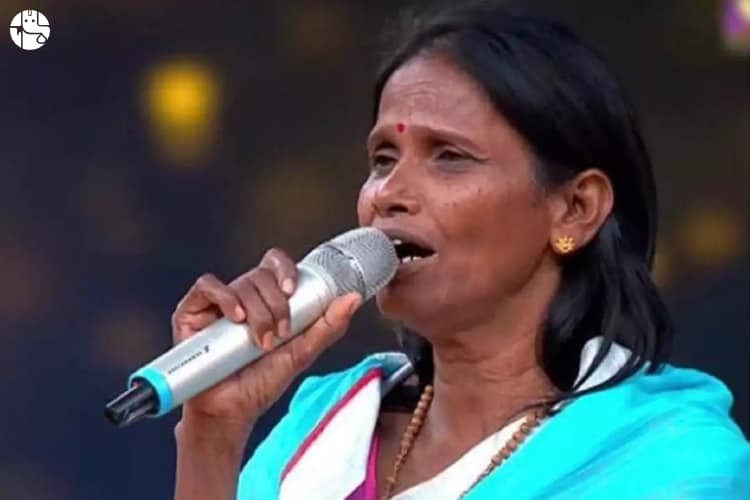 Ranu Mandol became a sensation overnight after a video of her singing the famous Lata Mangeshkar’s song, ‘Ek pyaar ka naagma’, in her divine voice at the Ranaghat station in West Bengal went viral. She is now a Bollywood Playback singer.

Ranu Maria Mondal is an Indian singer who is currently working in Bollywood. She was discovered by her now manager Atindra Chakraborty at Ranaghat Junction railway station and uploaded her singing video that went viral. Subsequently, she was invited in the singing reality show, Superstar Singer where Himesh Reshammiya gave her a chance to sing for his film Happy Hardy and Heer.

According to the Vedic Astrology, her Sun is placed in the Libra sign. This sign is ruled by Venus. She has very deep feelings. Her heart will always inspire her. Her feelings for others spring from the innermost recesses of her heart, and this is reflected in her singing. She is very kind, and she is always eager to help others.

Current transit of Saturn is over the natal Jupiter and Saturn. This transit will operate till January 2020. Post that Saturn will enter the Capricorn sign. Moreover, the forthcoming transit of Jupiter post in October 2019 will be in the Sagittarius sign. Jupiter will be transiting over the natal Jupiter and Saturn. Jupiter is the signifier of finance and Saturn indicates hard work. This positive transit of Jupiter will help her in stabilising her finances, and she will be able to put hard work which would be reflected in her singing. She will see an increase in her name and fame due to the positive influence of Jupiter.

Is there something unique in her birth chart or specific planetary influences that made her famous suddenly?

According to the Vedic Astrology, her Sun sign is Libra which is ruled by Venus. Hence, she has a natural inclination towards art, music and singing. The current transit of Jupiter is over the natal Venus which is the signifier of cinema, music and film industry thereby due to the combined influence of Jupiter and Venus she got sudden exposure towards her talent which has helped her to become famous in a short span of time. She was also born in the ‘BudhAditya Yog’ which has also helped her in gaining the respect, name and fame in becoming famous suddenly.

Ranu Mondal is a social media star today. As the door of opportunities has become ajar for Ranu Mondal, Ganesha hopes that she will win many more accolades and enthral us with her songs in the coming days. For Ranu Mondal, it was her talent that met luck and destiny.