Birthday prediction of Sachin Pilot for the year 2019-20 - GaneshaSpeaks
https://www.ganeshaspeaks.com

Birthday prediction of Sachin Pilot for the year 2019-20 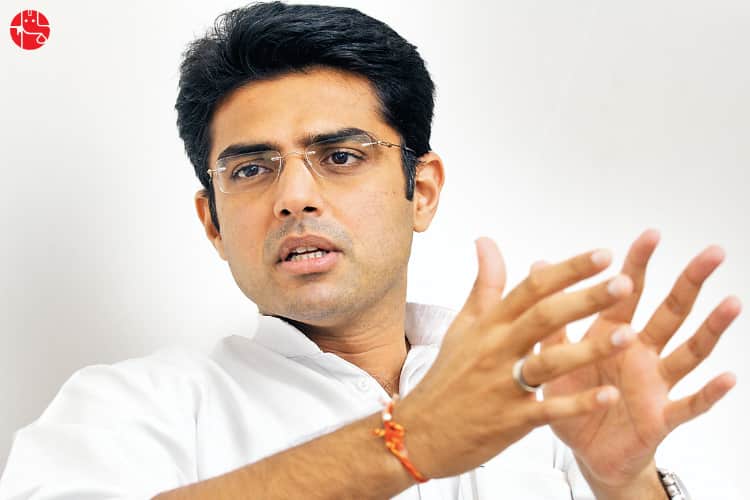 Sachin Pilot is a renowned Indian politician and is currently serving as the Deputy Chief Minister of Rajasthan. Sachin is also the President of Rajasthan Pradesh Congress Committee and has represented the Tonk assembly seat as a member of the Congress party since 2018.

Sachin quickly rose to fame in 2004, at the age of 26, he became the youngest member to join the Parliament. His political journey has been quite adventurous, about a balance of wins and defeats. Further adding to the key milestones, Sachin has also served as the Minister of Corporate Affairs under during Manmohan Singh’s second term. But for him, it was not always about politics.

Sachin Pilot was born to the late Congress leader- Rajesh Pilot and mother Rama Pilot in Uttar Pradesh. His father served as the Union Minister of India, before which, he was a squadron leader. After Sachin completed his schooling, he went on to complete a Diploma in Marketing and an MBA from the Wharton School of the University of Pennsylvania.
He also pursued a career in this field before venturing into Politics. Sachin’s father and grandfather had both served their country with the army, and at the bottom of his heart, he too had an unfulfilled wish to be associated with the armed forces. This desire came to be fulfilled when in 2012, he became the first Union Minister of India to be commissioned as an officer with the Territorial Army.

Approaching his 42nd birthday, we take a peek into how the astrological factors have favoured him and what the future holds for the intellectual and passionate politician.

Sachin Pilot was born on September 7, 1977, in the Saharanpur city of Uttar Pradesh. Following are some insights based on the horoscope of Sachin Pilot.

Get a Janampatri to know your prediction for the year 2019-20 and also for upcoming years.

In the remainder of 2019, the current transiting Saturn may put his skills and patience to test. For Sachin Pilot, the situation could stronghold him into making some necessary compromises and adjustments while moving forward in his political path.

However, with the end of 2019, Jupiter’s transit may bring positive momentum to his political life. Sun’s strong position, along with Mercury in his chart, makes him a successful politician. This factor may benefit Sachin Pilot by bringing him name, fame and success. Though due to Rahu’s influences, it may be in his benefit to keep away from controversies and irrelevant debates.

Sachin Pilot will maintain average health during 2019. Along with the stress of hectic schedules, the transiting Saturn could have adverse effects on his health. Thus, remaining alert about this factor could help him ensure that proper precautions are taken.

For Sachin Pilot, the coming year and the transiting Rahu may cause create some stressful situations.
Arising situations may bring him to assess the differences among the people in his surroundings and look for dependable support. Nevertheless, things for him will be manageable.

The planetary transitions might bring blessings to Sachin Pilot and his horoscope in the form of other duties in the coming future. This could strengthen his position and empower his political future.

Moreover, in the times to come, he may also be able to strategize new initiatives through a synergy of a sound political team that may increase his follower base.

Get Free Astrology Reports and know your career, financial position, married life and many more for the year 2019-20.