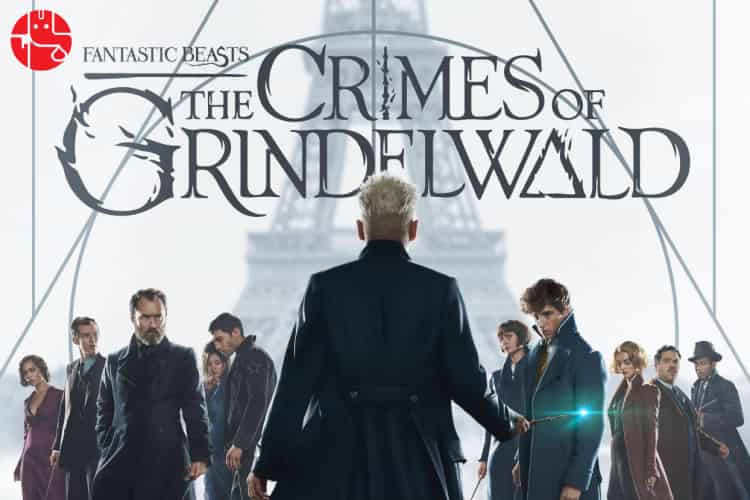 After the Harry Potter series, we did miss the world of magic and witchcraft on the screen, which is why we have a new series based on the same called Fantastic Beasts: The Crimes of Grindelwald which is the sequel to the first movie that was released in November 2016 called Fantastic Beasts and Where to Find Them. Again J.K Rowling and David Yates have come together to unveil the world of occultism, wizardry, and sorcery in their movies after the successful reign of the Harry Potter series over the years.

The prequel of Fantastic Beasts movie revolves around the rise of a powerful dark wizard called Gellert Grindelwald which is played by Johnny Depp along with another humble, virtuous and righteous wizard called Newt Scamander whose character in the movie is played by Eddie Redmayne. He is someone who uses his spells, power and wisdom for the good of others around him. This movie, on the other hand, has a more darker side to it then the previous movie as it shows how the young Albus Dumbledore (the future headmaster of the Hogwarts School of Witchcraft and Wizardry from the Harry Potter series), with the help of his former student Newt Scamander, fights against Grindelwald who is all set to gather followers and make a team of pure-blood wizards to rule over the others. The movie Fantastic Beasts was released on the 8th of November in Paris and 16th of November worldwide.

Not just this but interestingly Fantastic Beasts also involves a more psychological, romantic and an emotional side to it which may catch the audience off-guard! Not to forget the contribution of the Oscar-winner actor Eddie Redmayne who shook us with his amazing performance in The Theory of Everything! We also expect the music to be excellent as the score is composed by James Newton Howard who has already given spectacular background score in numerous films including the likes of King Kong, Batman Begins, The Dark Knight, Blood Diamond, Hunger Games etc.

The Natal Sun rules the 10th house of business which is conjunct with retrograde Venus in the 12th house. This shows that the movie will create an above average mass appeal in India. In fact, audience and critics both will definitely accept the power pack performances by the actors. However, Fantastic Beasts movie may struggle to enter the 100 Crore Club. But overall, an above average success in India is what is predicted by the above mentioned planetary situation. Are you facing problems in career? Buy the 2019 Career Report.

Furthermore, Fantastic Beasts will release during the Scorpio Ascendant with the presence of the planet of Jupiter in the 1st house. Thus, the lead characters will be highly appreciated in this film apart from the efforts of the Director as well. Audience and critics both will definitely accept the performances of the actors involved in this movie as per astrological prediction.

The 10th house lord Sun is conjunct with retrograde Venus and is placed in the 12th house which also shows an above average success, as far as the financial gains are concerned. Fantastic Beasts' fate in India does not seem satisfactory or promising to Ganesha. Within the Indian territory, it may receive better reach in some states. The 11th house of horoscope also represents gains through other means apart from the box office collection. Hence, this film may reasonably do well and also accumulate gains via other mediums! Do you have any confusion related to your wealth? Avail the Wealth Ask a Question Report and get it sorted.

We cannot wait to see this movie and the intense and mesmerizing performances by Johnny Depp, Eddie Redmayne apart from seeing our very own young Dumbledore (played by Jude Law) in action for this movie! A lot is also expected from the duo David Yates and J.K. Rowling and we hope this film does well in the theatres!