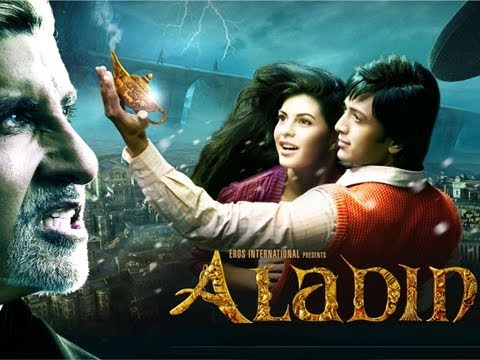 Aladin, in which Big B is playing a friendly neighbourhood ‘genie’, is all set to hit the silver screen on October 30. An adaptation of the popular Persian folk lore Arabian Nights, Aladin also features Riteish Deshmukh as Aladin and the beautiful Miss Sri Lanka, Jacqueline Fernandez as Jasmine.

Director and co-producer Sujoy Ghosh is hopeful that the film will weave its magic around the Box Office, and the towering presence of Big B is likely to send the cash registers ringing; the ‘U’ certificate by the Censor is likely to help. Also, he would be wishing that the film does a little better than his previous venture ‘Home Delivery’.

Will the Box Office genie grant him the wish? Ganesha uses Vedic Astrology System to find out.

Good luck and may Lord Ganesha bless the cast and crew of Aladin with success.