Happy Birthday Esha Gupta: Is she going to make it big this year? 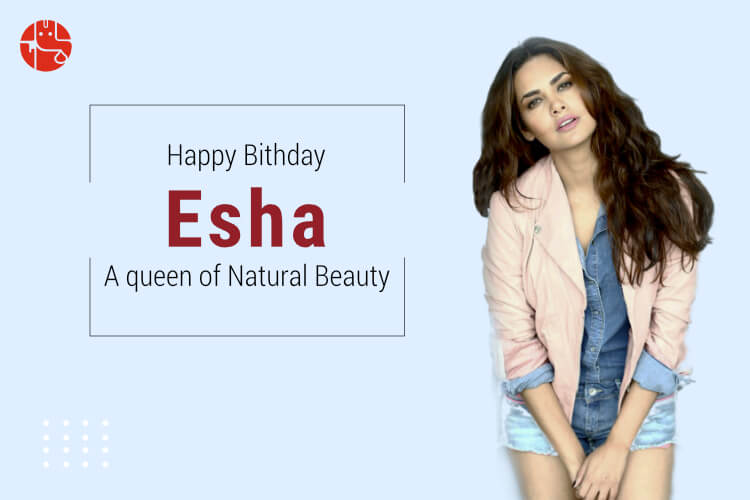 The sizzling and ravishing actress Esha Gupta is a well known Indian actress and model who is predominantly recognized for her work in Bollywood as well as in the Telugu industry. She is always a person of considerable action and has never been still. The spirit of independence is firmly implanted in her since inception, and always resents the interference of others. Beautiful Esah Gupta is a Bollywood Indian courageous woman who made her first debut with the film Jannat 2, and from there she shot to glory, followed by many successful films. Apart from this Esha Gupta also presented the National geographical show titled “Nat geo supercars” and also was included amongst the top fifty desired women.

Apart from acting and modeling, she is one of the most avid Instagram users also and always makes sure to keep her fans updated by sharing her posts with them. She is someone who doesn't shy away from flaunting her bold side on the picture-sharing platform for which most of the time She receives vulgar and disgusting comments only to receive a befitting reply from Esha.

As she will turn 35 this upcoming month, we will measure her birth chart and take a slight glimpse of her future life based on her Surya Kundali.

As per her Zodiac sign Saggiatius, She will be under the influence of the significant period of Jupiter, and the sub-period of Mercury ends on 29th November 2021. The transit of Saturn will take place over Jupiter, and Jupiter transit will be over Jupiter positioned in the 3rd house of Surya Kundli. The transit of Rahu will take place over the planet positioned in the Ascendent.

The pleasant and progressive placement of the planet in her chart may bring excellent offers and from the leading producer or filmmaker for new movies. Because of the transiting Jupiter aspect of the Moon, the lord of the 9th house, and Mars, the lord of Ascendant, both may give an excellent push to her career.

Want to know which placement of planets is progressive for your Birth Chart? Get free Janampatri Now!

The significant aspect of Jupiter on the lord of 9th house Moon indicates that she may only accept the big screen offer and would keep herself away from Tv or Small screen for a while. However, she may receive some lucrative offers if she has been offered from a well-known producer or Big banner.

Beginning Of New Love May See A Light  Soon

Jupiter, being a benefic planet and renowned for doing profound things in the life of individuals. She had two boyfriends earlier, which did not work out, but in the coming period, she may come across such an incident in her life that would create a beginning of a love that may only grow in her life and develop a close relationship with leading personalities either from business class or the fashion world.

Green May be Around Her Gills This Year

Due to the transit of Rahu and its Antardasha, she would confront health adversities. The period from November to the end of March 2021 may give her health related problems.  She may suffer from body pain, headache, suffocation, exertion due to over workload, or consumption of decayed or unfrozen food unknowingly. She can also agonize from nerve pain and muscle stroke. Otherwise, she would be perfectly alright.

Want to know if the prospects of your health are in your favour or not? Get 2021 Highlight Report Now!

As said above, she would only concentrate on performance on the big screen. Her Surya chart indicates that a better and attractive offer may come up before March 2021. However, she would like to accept any proposal related to modeling and reality shows or stage shows during the year 2021.

We wish you the happiest birthday ever and have a prosperous future ahead.