Ekta Kapoor wants to have `koffee with Karan’ everyday 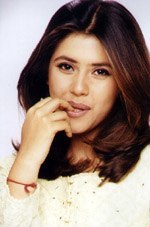 You can call it a fusion of Bollywood & Tellywood as the queen of soaps, Ekta Kapoor, has recently declared that she would love to marry Karan Johar, the king of melodramas. The news has become talk of the town since last few days.

Karan Johar and Ekta Kapoor both are celebrities of Hindi film industry as they have been successful almost in every project they have taken up.

Ganesha would like to call them Celebrity prodigies as Karan Johar is the son of well-known producer Yash Johar who always used to shoot his films on lavish sets and exotic locations. Ekta is daughter of jumping jack Jitendra. Both Ekta and Karan have been able to shape up their career very well with the help of their family background but both have been hard working equally.

Ganesha analyses their charts to check the potential of this seemingly beautiful bond.

Ekta Kapoor is born on 7th of June 1975 and Karan Johar is born on 25th May 1972. Both are born with Gemini Sun Sign, as per Western Astrology System. This indicates tremendous intellectual compatibility. Both of them are communicative and intelligent. Ganesha feels that this is a `match’ point for them.

As per Vedic Astrology System, Ekta has Sun, Mercury and Ketu (South Node) in Taurus. Karan has Saturn and Sun in Taurus. Karan’s Saturn falling on Ekta’s Sun indicates that at present, Ekta may knowingly or unknowingly start feeling that she is `in safe hands’ when she is with Karan; but later she will have strong feeling of being `restricted’. She may also often feel being `pulled down’ by Karan. This is a negative point in this match.

Karan’s Venus is in Gemini and Ekta’s Venus is in Cancer. This being 2:12 relation indicates average love compatibility between Ekta and Karan. For Ekta, emotional satisfaction may be of much importance whereas for Karan, intellectual stimulation is necessary, in case of love relationships. Ganesha also notes that Ekta’s Saturn is falling on Karan’s Venus. This might force Karan to think seriously about relationship matters; in case they decide to take a plunge. This also means that Karan will not be able to find much of freedom in personal realm and may feel restricted to express his emotions sometimes, although he is quite unreserved by nature. 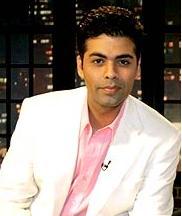 Ekta is born on 7th and Karan is born on 25th. In both the cases the date of birth totals down to 7 which is Ketu or Neptune’s Number. This indicates that both are very emotional and imaginative too. This is also a very good point in the compatibility.

With available birth details and birth data, Ganesha has tried to analyse the compatibility between these two `shining stars’. Ganesha feels that the match is better than average but more on the positive side and both of them may require to work on the relationship if they marry. This is of course a very potent combination and within next six to eight months, this relationship may reach a decisive point. The month of November 2007 is not very favourable for them, hence if they take any decision in November, it would be a practical decision.

May Lord Ganesha bless Ekta and Karan with the right decision.