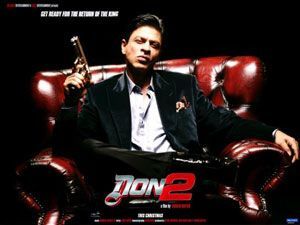 The year 2011 has nearly come to an end, and although the Indian film industry has had its usual share of hits and misses, it is yet to receive its mega-blockbuster of the year. As the year inches towards its end, all eyes are set on the much-awaited Shahrukh Khan starrer ‘Don 2: The chase continues’. The formula plot of the movie that apparently revolves around the rush to chase down the cold-blooded Don may not be unique at the first glance, it does promise to be a treat for the lovers of King Khan. The movie buffs are also keen to watch their favourite stars the inimitable Shahrukh Khan and sizzling, sultry Priyanka Chopra set afire the screens together.

In the film, Shahrukh, who spots a different look with a new hairdo, will be doing what he is exemplary at, playing an errant with negative shades. And, Priyanka Chopra, the bold and brazen ‘junglee billi’ of the prequel to this movie, shall be seen attempting intense fist fights and action sequences. The
use of advanced technology and gadgetry makes the film easily distinguishable from its previous counterparts. ‘Don 2: The chase continues’ is a sequel to ‘Don: The chase begins again’, a 2006 blockbuster, which was a remake of Amitabh Bachchan starrer ‘Don’, one of the cult classics of the late 70s.
However, ‘Don 2’ is neither a remake of the old film nor inspired by any of the Hollywood flicks. Written and directed by the ace film-maker Farhan Akhtar, the film is being touted as an original concept. This time the expectations are sky high, what with avid promises made by the cast and crew of taking the story and suspense to an altogether different level.

‘Don 2: The chase continues’ will be released in the cinemas across India on 23rd December, 2011. How will the film fare at the box office? Will it
manage to capture audience’s undivided attention? Ganesha finds out with the help of Vedic Astrology. 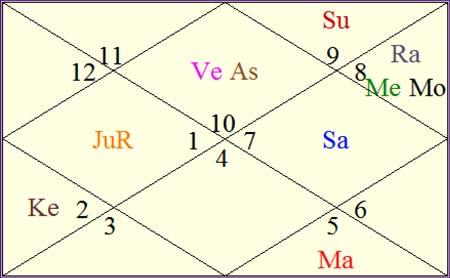