Do Britney Spears and Justin Timberlake have scope of reunion? 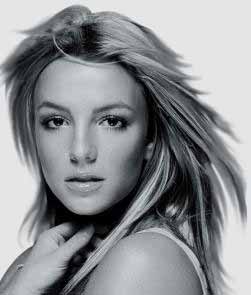 Britney’s Current disposition
At present, Britney Spears neither has stability in her life nor stable mind. She is separated from her husband and kids. Her psychiatrist presumes that unless she undergoes proper treatment, she may commit suicide out of depression. She has been found going around with a paparazzi photographer Adnan and said to have her religion changed. Her sister is pregnant and was in limelight for quite few days where as she wasn’t getting much attention and whenever she got some spotlight, it was kind of defame for her. In such scenario many would wonder, if Britney has scope of getting reunited with Justin Timberlake, her childhood friend and ex-lover. In the torchlight of Vedic Astrology, Ganesha analyses Britney and Justine’s horoscope to throw light on the subject.

Combination of planets in Britney Spears and Justin Timberlake’s horoscope

Ganesha notes that Justin’s Ascendant is Leo and Britney is born with Virgo Ascendant. As Virgo and Leo are in 2:12 ratio with each other, the match is not favourable on this count. Justin’s Moon is in Sagittarius and Britney’s Moon is in Capricorn so again, there is 2:12 ratio, negative for the match. Britney’s Ketu falls on Jusin’s Moon and Justin’s Ketu (South Node) falls on Britney’s Moon, which indicates that there is strong Karmic relation between them which is why they were in love once upon a time. Stronger reason why they were in love is, both of them have Venus in Capricorn in Uttarashadha Constellation and within one degree orb.

Western Astrology Angle in Jusin and Britney’s charts
As per the Western Astrology Method, Midpoint composite chart has Virgo Ascendant and here also Venus is in Capricorn which indicates strong bond between the lovers. Eros and Psyche indicate strong bondage between couples if they are related in charts of individuals. Ganesha finds that Britney’s Eros is in Taurus at 14 degree and her Psyche is at 14 degree Virgo, where as Justin’s Eros is at 24 degree Capricorn and Psyche is at 8 degree of Gemini. Because there is no stronger conjunction or opposition between Eros and Psyche in both the horoscope, relationship is not very potent but average from this angle.

Venus Return for Justin and Britney Â Vedic Astrology Perspective
Just one day before Valentine’s day in 2008, Venus is entering Capricorn so in Jusin and Britney’s horoscope, Venus return will take place. Venus will maintain it’s position in Capricorn till 8th of March 2008. This period may not bring them back together but in this period they may get in touch with each other for some or the other reason, feels Ganesha. As this phase is supported by Jupiter, the reason for contact may either be career or goodwill for each other. Besides this, there is nothing stronger happening in both the Horoscopes to bring them back together.

Britney’s Dasha Bhukti and nearer future
As Britney is passing through Rahu Dasha and Moon Bhukti till April 2009, she doesn’t have scope of getting back the custody of her children. She may take a decision about her love life within next three months time but as transiting Rahu will be passing over her Venus and Moon after 29th April 2008, she has more tensions to deal with in future, as per Ganesha’s view, specifically related to love life and personal life.

Good luck and may Lord Ganesha bless Britney with stability in her life.