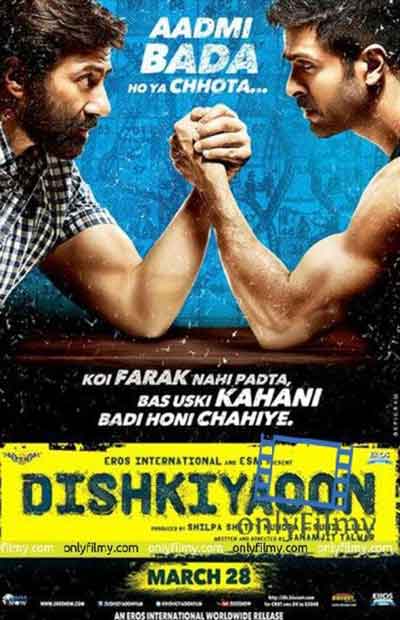 This week one more film will join the long list of films that have attempted to bring the darker under-belly of ‘the city of dreams’ to life on the silver screen. Dishkiyaoon, starring Sunny Deol, Harman Baweja and the debutant Ayesha Khanna, is a story about the ruthless Mumbai underworld. The audiences will see Harman Baweja, who’s had a rather forgettable start as an actor, in a completely new, masculine avatar in this film. And, it will also be a treat for Sunny Deol’s fans, as they will see him in an action-packed film once again.

It is also an important film for the stylish actress and Yoga ethusiast Shilpa Shetty, as this is her the maiden production venture. Will Shilpa Shetty Kundra be a successful film producer? While the subject of the film is interesting, it is not something the audiences have never seen before. Besides, apart from Sunny Deol, there is no other crowd puller in the film. Even the music has not hit the charts. Will the stars support the film? Let’s see what Ganesha has to say about this film’s fate.

Planetary alignment in the release time chart of Dishkiyaoon

Conclusive Summary
Ganesha says that Dishkiyaoon is going to do better than average business at the box office. However, it will not make a huge difference to Harman’s and debutant director Sanamjit Talwar’s careers.