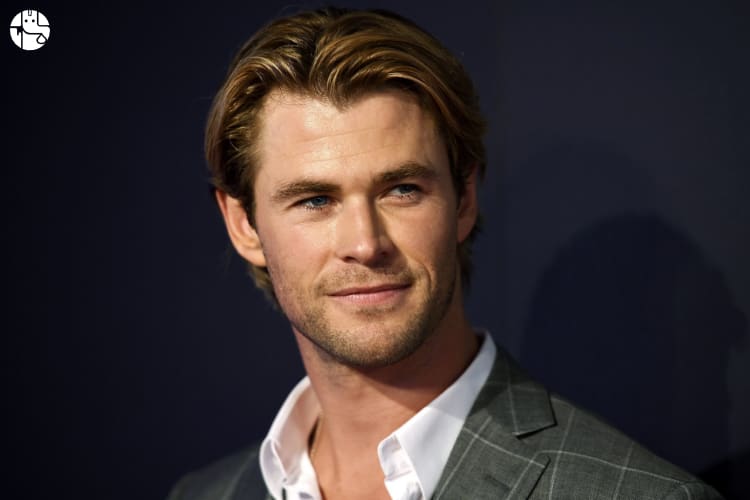 10 points for guessing the actor right- Australian, super-dashing, the most good-looking Avenger, and the latest man in Black? Yep, it’s Chris Hemsworth! As he’s all set to celebrate his 36th birthday on the 11th of August, we’re attempting to summarize his life here. And, you will definitely get the astrological prediction for his year ahead. By the way, Chris Hemsworth’s zodiac sign is Leo! No wonder he is so fiery! Find out more about your zodiac sign here.

Chris Hemsworth began his career with a few television shows. His major break came in 2004 when he was selected to play a recurring character in the Australian soap opera- Home and Away. In 2006, Chris Hemsworth took part in the dance reality show- Dancing with the Stars. After disappearing for a while, the birthday boy was next seen in J.J. Abrams’ Star Trek in 2009. 2011 saw him enter the most popular Chris Hemsworth role ever- Thor. He apparently put on 20 pounds of just muscle weight for the role. Well, that was that, and Hemsworth suddenly became an A-List celebrity. His latest movie was the 2019 Men in Black: International.

Chris Hemsworth is such a drama-less person that we absolutely adore him. No, seriously! The top stories at the moment include the media taking a fun dig at him for stealing his wife’s moisturizer! Well, that’s a tiny summary about Chris Hemsworth and his life!

With him announcing a break from Hollywood, we are curious about how his life will fare in the upcoming year. Let’s take a look at what the stars have to say.

In his solar chart, Sun and Mars are placed together in a water sign, Cancer. Mars in Cancer indicates that he is intelligent and fond of travelling. He also possesses a sharp mind. Sun in Cancer makes him emo and touchy-feely.

The signifier of entertainment and creative things, Venus is placed in a fiery sign, Leo. Such placement of Venus makes him outgoing, passionate, and generous. Also, faithful and devoted.

Saturn is placed in its sign of exaltation in Libra, and this may help Chris Hemsworth to rise gradually. He may possess a truckload of skills.

Expansive and mighty Guru is placed in a watery sign, Scorpio. This gives him a passion for things. He also likes to venture the unexplored and unravel the deepest mysteries of life.

Birthday Report (The Road Ahead)

The next year, transiting Jupiter is passing over his natal Jupiter, and this transit will remain favourable for Chris Hemsworth. Success is more than guaranteed. What a time to choose to take a break!

As per Chris Hemsworth’s birth chart, the transit of Jupiter through the 2nd house from his natal Jupiter may give him a money-rise, helping him deal with the expenses. Hemsworth’s kundli also shows that Saturn will be transiting through the 3rd house from his radical Saturn. This indicates that he may take initiatives in reaching out to people far far away. He may remain in the news because of his work. The upcoming period will also help him to win applause even from his criticizers. Want to know more about your birth chart? Get your very own Janampatri here.

Here’s to wishing him the happiest of birthdays! We hope he has a brilliant year ahead!