Barbara Mori Ochoa- The Next Toast of Bollywood 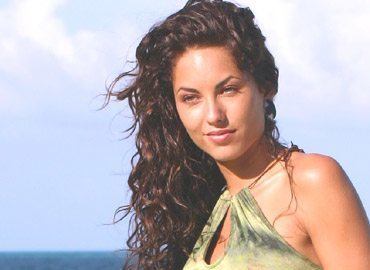 Introduction: Model turned actress Barbara Mori Ochoa was born on February 02, 1978. She started her early career as a model and then later became a telenovela actress with TV Azteca. In 2005 Mori obtained the starring role in the blockbuster film La mujer de mi hermano.

Recently, she signed a Bollywood movie. The film is titled ‘Kites’ co-starring Hrithik Roshan. In the light of this, Ganesha foresees the future of Barbara Mori Ochoa in Bollywood.

Astro Analysis
In the Sun Chart of Barbara Sukra, the significator of charm and beauty, as well as Yog Karaka planet are placed in the Ascendant and is in separating conjunction with Sun which is beneficial. This separating conjunction of Sukra provides result and add charm and glamour in her life. Sukra, the Lord of her Tenth House of career, indicates that she will be involved in a profession related to Sukra and she has been in the same since she was 14.

Sukra is combust since the time of her birth and so its Natal energies are weak and this has created hurdles on her way to fame.

What Next?
When her Progressed Sukra was free from combustion on March 1, 1978 at the age of 27 , she got an opportunity to star in a film La mujer de mi hermano which was a block buster. Thus, it is noticeable that as and when Progessed Sukra was moving away from the combustion she got better roles as well as success and fame.

On her birthday, February 2, 2008 Progressed Sukra was at 29 Degrees in Kumbha thus ready to enter its exaltation sign. She got an offer from Rakesh Roshan, to star against Hrithik Roshan for his upcoming movie ‘Kites’ to be released in 2009.

Further, on her coming birth anniversary February 2, 2009, transiting Sukra will be in conjunction with her Progressed Sukra and both will be exalted. The film will be released around Mid 2009. This shows that she will be successful in achieving fame and celebrity status in Bollywood.

This is such a nice planetary transitions that Barbara cannot miss being famous or become the next toast of Bollywood.

Wishing her good luck and may Lord Ganesha bless her.