You Can Watch Baar Baar Dekho Only Once, Feels Ganesha; A Sell-out Show Unlikely Despite High Glam-Q 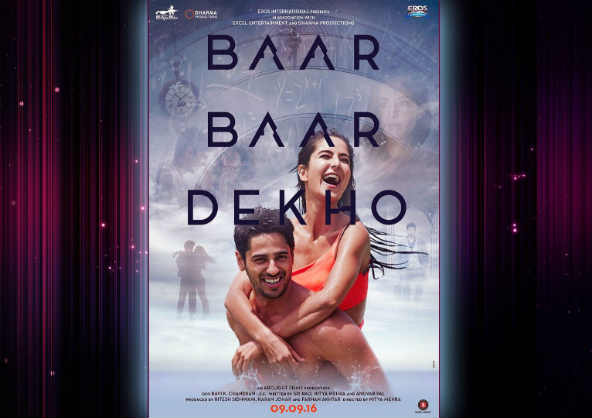 Baar Baar Dekho – the film marks the directorial debut of a great talent Nitya Mehra, an assistant director in the films like the Life of Pi and The Reluctant Fundamentalist. This movie seems to be unique because of three reasons, its debutante director Nitya Mehra, second Siddharth Malhotra & Katrina Kaif paired together and the collaboration of Excel Entertainment with Dharma Productions. So, it is one movie, but three firsts! Baar Baar Dekho is a story about how the present generation prioritizes career and materialistic goals over family and loved ones. The trailer looks promising since the movie portrays the present and past of the lead actors’ romantic life analytically. Even though the trailer or the groovy Kaala Chashma have showcased superb chemistry between the two actors, can we expect something more from the film than just love, breakups & life? Will it be able to achieve commercial as well as critical success? Ganesha finds out.

Good chemistry, but spark in the acting department missing?

Also Read: Katrina Kaif: Find out why she was out of action for quite sometime and whether she’ll bounce back!

Word of Mouth – the old marketing trick to work in this movie’s favour too?

Locations and Cinematography – the big highlights!

What can you expect from the movie?

Are you on the lookout for the right partner? Then, our personalised report – Attract Love will help you to explore your romance stars and understand your love personality, thereby increasing the chances of attracting love. Order the report now!