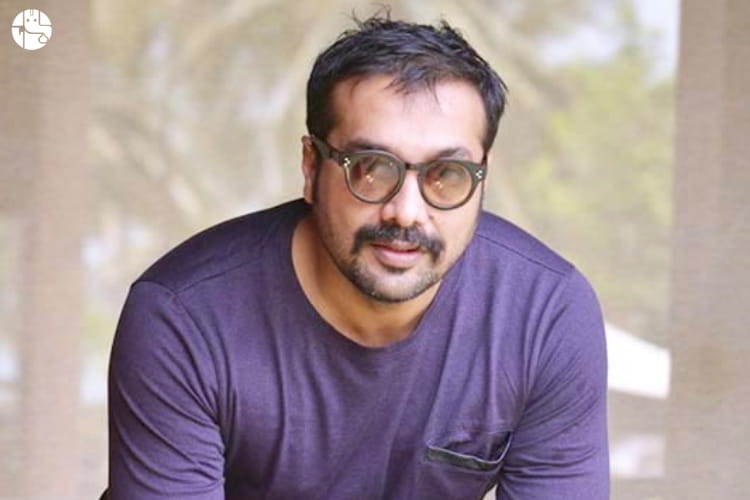 One of the most fascinating success stories to come out of Bollywood is Anurag Kashyap. From his earlier writing days of Satya to his recent successful release of Choked, his journey can be compared to a rollercoaster that only went down before rising to the glory. Though his screenplay of Satya (which inspired the director of Slumdog Millionaire eventually) was appreciated, he faced almost all the issues one can imagine with his directorial debut, ‘Paanch’. The film is still unreleased to date, but one cannot hide the powerhouse of the talent he always has been.

With movies like Dev D and Gulal, he entered Bollywood with his raw stories and characters that were immensely relatable and real. He made his own brand among the massy-escapist cinema of Bollywood, and though it took some time, the audience revered his style of storytelling. Once he established himself, came “Gangs of Wasseypur”, and the rest, as they say in movies, is history.

On the 10th of September, he will be celebrating his 48th birthday, and that is just one more reason to celebrate the man. His fans are waiting round the year for this day and go crazy sending him birthday wishes on the fan page and twitter. Undoubtedly, his fans are eagerly waiting for his upcoming directorial release ‘Cargo and Wominaya’ in November and December respectively, we have something to share about what the stars have in store for him in the year 2020-21.

As birth time is unknown, we will predict his forthcoming events using Surya Kundali. However, birth time is required for an accurate analysis of a native’s life. But rest easy, with Surya Kundali too, we can know a lot more about the influence of stars and planets on Anurag Kashyap’s life events.

What Does his Chart Say About Him?

The birth chart of Anurag Kashyap tells us how it was only a matter of time before he would succeed. He was born with the Sun in Virgo sign, which is evident from his character as Virgos are supposed to be passionate, intense, and perfectionists. All these qualities have always helped him be the best at what he does. Not only his personality, but his movies speak for it, too.

Our Extensive Observation & Astrological Predictions for 2020-21

This year seems to be even more promising for the bold director, as he may encounter just the right people willing to listen to his ideas and invest in them. According to Vedic Astrology, Jupiter is likely to be his mentor. He may be able to convert his thoughts better than ever on the paper. This means that the dreams in his closet, the concepts he might be working on for years, may come to reality. Not only that, but big names of the industry may also come seeking his scripts and ideas, just to work with him. Some of them might even help him with his ventures in the future.

With Saturn strongly poised, he might also make an unconventional movie (you don’t say!) on a social issue. We should absolutely be prepared for something like Gulal, which shed light on university politics, or Choked, which brushed on demonetization. Though he should be careful with where to put his resources when it comes to big projects.

The impact of Rahu Ketu transit in September 2020 also suggests success for the Virgo. His hard work and efforts are likely to be appreciated and acknowledged in the coming year as Ketu will be in the 3rd house, the House of Enterprise for him. The transition will also make him financially strong without any worries. On the other hand, Rahu in the 9th house predicts the increase in responsibilities at work for him. For his fans, it is good news though, since there is no such thing as ‘too much of Anurag Kashyap’.

What changes are expected in your life during the Rahu Ketu Transit 2020 – are they significant? FIND OUT WithPersonalized Rahu Ketu Report.
Moreover, the debilitation of Jupiter in Capricorn on 21st November 2020 only suggests more unconventional and eyebrow-raising projects from him. Should we expect another ‘Gangs of Wasseypur’? Fingers Crossed!

Everything looks promising for AK this coming year, and we are as excited as anyone to see more of his work, in his own rustic style. Wishing him a Happy Birthday once again, and all the good wishes we can muster up.

Get Your Career Report and know about the career which gives you success and wealth.