An average year ahead for Sunny Deol, says Ganesha 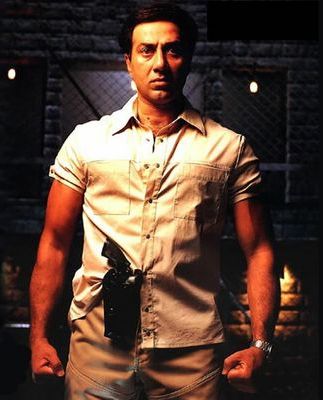 Sunny Deol has, for a long time, been the most feared on-screen nemesis of the Bollywood baddies. His ‘dhai kilo ka haath’ is something that every villain wants to keep at more than an arm’s length. After over a decade of successful career in Hindi films, ‘the Hero’ is now showing the signs of ageing. His recent films have not done too well on the Box Office, ‘Fox’ being the most recent one. His forthcoming films are ‘Filmi Khabar’, ‘The Man’, ‘Right Yaa Wrong’, ‘Kshitij’ and ‘Devaa’.

Is this the sign of good times for Bollywood’s bad men, who must have been sick of being brutally assaulted by the killer on-screen punches of Sunny Deol? That, only time can tell. Meanwhile, Ganesha uses Vedic Astrology System to predict his career progress this year.

In short, Sunny’s year ahead seems favourable in parts and he may do well after June 2010.