Akshay Kumar fans – be ready for some movie treats till January 2016, says Ganesha! 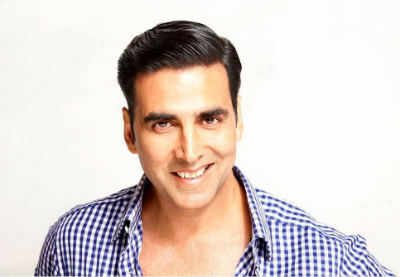 Read Akshay Kumar's Horoscope Predictions for 2017-2018.
Rajiv Bhatia, better known as Akshay Kumar – is one of the greatest super entertainers of Bollywood, who has excelled in various genres of acting like comedy, action, drama and romance, but we all love him the most for his performances in comedy and action films. His spectacular comic timing and humour is considered among the best in the Industry and he has given many the most thrilling adrenaline rushes with his breath-taking action sequences! A trained martial artist, an adept and a skilled cook, a wonderful husband, a doting father, a smart producer and needless to say, a versatile actor, Akshay makes for a complete man! The Khiladi Kumar, as he is popularly known as, celebrates his birthday on 9th September. On his special day, Ganesha takes a look at his Solar Chart and predicts the path ahead for him. Read on...
Akshay Kumar
Date of birth:- 9th September, 1967
Time of birth:- Unknown
Place of birth:- Amritsar, Punjab, India
Surya Kundli
Astrological Observations and Predictions for the year ahead:
Ganesha wishes a most happy Birthday to Akshay Kumar and also great success for the year ahead.
Ganesha's Grace,
The GaneshaSpeaks.com Team
Share