Will Akshay Kumar Maintain His Stardom? Here Is What Ganesha Says 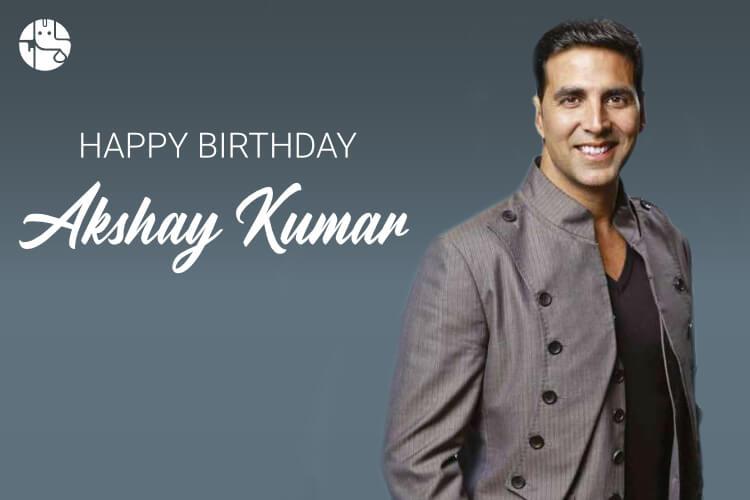 It is often believed that Bollywood is ruled by the Khans. But, there is one who is shattering the “Khans Rule Bollywood” myth despite no A-list producer willing to offer him the role. He stood out and dared to surpass Khan’s army with a flair for acting be it comedy, action, thriller, or romantic films. Fondly known as the “Jackie Chan of India”, we are talking about our desi yet international Khiladi, Akshay Kumar. Experimenting with genres while addressing real problems and social issues, he has made himself into a brand whose name is enough to bring people into multiplexes.
One of the highest-paid actors in the film industry, this Tees Maar Khan belongs to the league of extraordinary gentlemen of Bollywood! Akki has created an altogether different league for him in Bollywood. Yes! From acting to hosting television shows to producing films, he has done it all! In a career spanning over two decades, Akshay Kumar has gained a firm footing in the industry. Undoubtedly, the total fitness freak has managed to win millions of hearts through his work. The journey of Akshay Kumar all the way from Bangkok to Bollywood is worth watching. He delivers 3-4 films each year unlike most of his contemporaries.
But, from the last few years, there were drastic changes in Akshay’s choices of films. No more action or comedy, he is all about telling stories with inspirational messages and for the betterment of society. He has done great work in movies like Padman, Toilet Ek Prem Katha, Gold, and Kesari
Now while Akshay is shooting for Bell Bottom, the Khiladi actor will be celebrating his birthday on 9th September. Ahem, the Bollywood actor turns 53 and unquestionably, his wife Twinkle Kanna, kids Aarav and Nitra have planned something special for him. But in case you are feeling left out, we too have something special for all his dearest fans, and of course for Akshay Kumar!
On his birthday, our expert astrologers decided to look at Akshay Kumar birth chart and reveal some vital astrological predictions for his upcoming year. And we won’t be surprised if 2020-21 also turns out as yet another Akshay Kumar year, just like 2019, and 2018, and 2017, so on...
Planets combine to bestow special powers to some of us that make us roar like a lion or walk like an elephant in a jungle, supremely confident and aware of our boss-like stature. We are referring to Gaj Kesari Yoga! And guess what? Akshay Kumar is one among such people. He has enjoyed the full power of Gaj Kesari Yoga. He has experienced its best results during Mahadasha (Major Period) of Jupiter and Antar Dasha (Minor Period) of Jupiter/Moon. This Yoga makes one high-minded and intelligent, It assures financial comfort, lasting fame, and good status in the society. Are there any indications in your horoscope that shows the potential of such traits? Your Free Janampatri can reveal it!

During the year ahead, the Superman of Bollywood, Akshay Kumar, may be able to reach his goals. He may find the right mates and colleagues who will agree upon his ideas and share his vision. Furthermore, Akshay Kumar’s horoscope indicates many big names in the entertainment field may wish to work with him. Jupiter will hone his passion for action and enable him to expand and express his talents.

He may even get some big projects but he must be careful while choosing the deals. He may consider more action-oriented films. Since Jupiter gets debilitated in Capricorn on November 20, 2020, he is likely to pay special attention while performing any stunt scenes on film sets. Saturn with Jupiter suggests that he may get a lot of support on the set starting from cameraman to his makeup artist, to the director and his co-stars in any movie, as well as from the audience who will absolutely love him.

The kind of roles he does in the upcoming year may be something based on law or court or army related themes, which may keep him in the spotlight!

We are eagerly waiting for your action-packed films, Akki! Hey, you can also get a sneak peek into your career, access your career report now! You will get a detailed view of your career and clear direction and analysis of your destiny.

The actor has won millions of hearts through his acclaimed acting skills. He has garnered praises from critics and fans for his marvellous works in the film industry. Ganesha wishes you good health, happiness and more and more success. All the very best for your future endeavours and may you continue to win hearts on and off-screen.