Ae Kash Ke Hum Movie Prediction: How will the planets influence the success of the Movie? - GaneshaSpeaks
https://www.ganeshaspeaks.com

Ae Kash Ke Hum Movie Prediction: How will the planets influence the success of the Movie? 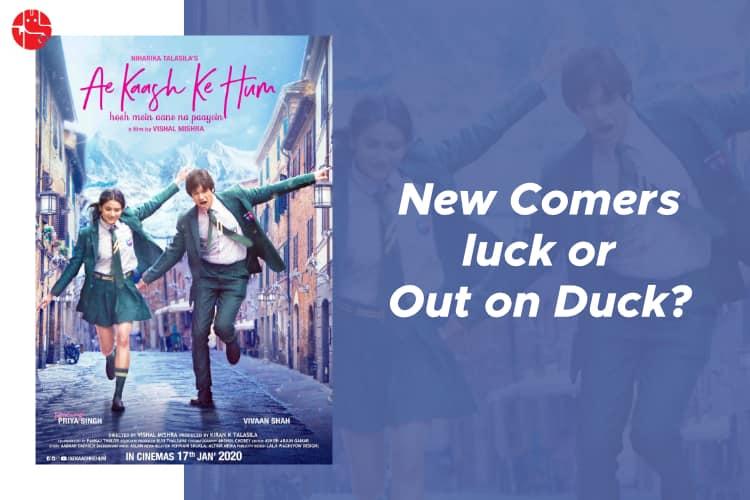 The upcoming movie Ae Kash Ke Hum is all set to be released on the 28th of February,2020. This is an authentic love story that has lots of familiarities with the romantic films of the 90’s. This vivacious movie revolves around three friends, their campus life and romance. The movie stars Vivaan Shah, son of the legendary Naseeruddin Shah, who is all set to continue with the legacy of his father. Priya Singh and Sophia Singh will add to Vivaan’s tinge of romance. Vishal Mishra is the director of this film and he is basically a film critic and a short film director. He has been awarded the best short film debutant at the Rio Film Festival 2020. He debuted as a director with “Coffee with D” starring Sunil Grover, Dipannita Sharma, and Anjana Sukhani.

Ae Kash Ke Hum is unlike any film that Vishal Mishra has directed in the past. It has all the flavours that will attract large crowds especially the younger generation as they will be able to relate more to the film.! Tragedy is a rare and abstract quality that plays a major part in any story. It tends to be a turning point in the lives of characters in the movie. A common still an uncommon love story, Ae Kash Ke Hum is all set to hit the floors on the 28th of February,2020. Will this tragic love story lure audiences to the theatres? Will it create path-breaking success at the box-office or will it just settle to be a mediocre one? What do the stars predict about its weekend box office collections? Let’s explore more about the success rate predictions of this light-hearted realistic tear-jerker musical story of every heartbeat!

What do the stars indicate about the movie’s fate in India?

The musical romantic, emotional movie – drama Ae Kash Ke Hum will be released under the Aries ascendent. The Lord of this ascendent will be making a conjunction with Ketu and Jupiter in the 9th House. Mars is an aggressive planet, and as per the movie chart, it is placed in the 9th house, which is the house of dreams and visions. It forms a conjunction with the benefic Jupiter as well as the malefic Ketu. Hence altogether, all positive influences will seem to get dim.The movie may get a very average review from the masses. It could even drop down losing sight of people in some cities.Thus, the movie’s success predictions show a very cold response from the audiences.

Sun, the ruler of the 5th house is in conjunction with retrograde Mercury in the 11th house. This strongly indicates that the star cast of this movie will not go unnoticed. In short, expectations from leading actors will rise. Co-actors could play a mediocre role as well. This will definitely highlight actors in the main lead. But with Mercury’s retrograde in the 11th house, Rahu could play the antagonist turning a large section of viewers hostile. Rahu is a malefic planet and it is placed in the 3rd house in Gemini, which is the house of communication.

With Rahu in Gemini in the 3rd house, the weekend box office predictions of the movie may be fairly low. The movie may face disappointments from a selected part of the audience as it may not gel with their taste.What does fate hold for you in 2020? Get a detailed study of your personalized premium birth chart now! The decorum of the main actors of the film will withstand the response and they will maintain their status.

The movie success prediction rate of the film will nose-dive as it will be released under the influence of Kal Sarpa Dosha. Get to know if you have a Kal Sarpa dosha in your kundli. The Kal Sarpa Dosha could contaminate positive effects of planets in your astrological chart. Similarly, Ae Kash Ke Hum will be undergoing a strong influence of the Kal Sarpa Dosha and it may not receive expected results from the masses. An average opening may gradually pull down the curtains in the 2nd and 3rd weeks respectively.

Ganesha wishes good tidings for the Ae Kash Ke Hum team for the movie as well as for their future pursuits.