Salman and Aamir may not let their bro-man spirit get affected by the minor clash! 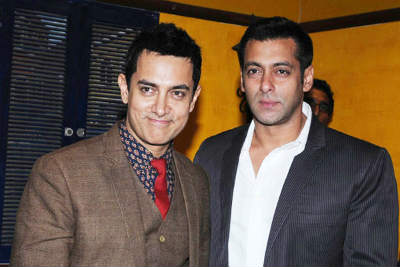 The latest gossip in tinseltown is about Aamir Khan and Salman Khan’s friendship having gone kaput. Apparently, whispers in the filmy corridor suggest that Aamir’s unnecessary lecturing to Salman Khan over career choices at a private success party thrown by the latter irked the ‘Dabangg’ Khan so much that he lashed out at Aamir and walked out leaving the ‘PK’ actor in tears. The actors who are both social media savvy, haven’t spoken about the incident yet. What is the exact picture that awaits both the Khans? Will we witness another big Khan-clash? Ganesha feels otherwise! Check out why…

1) Do the planets indicate a bad phase in the friendship of these two Khans?

2) If there is a clash that has taken place indeed, will they get back to friendly terms soon?

Bouncing back with Bro-man Spirit!

3) What may have caused the sudden strain?

Ganesha wishes a great time ahead to Salman Khan and Aamir Khan.