Will K.G.F: Chapter 1 Movie Make A Mark? Here Is What Ganesha Says 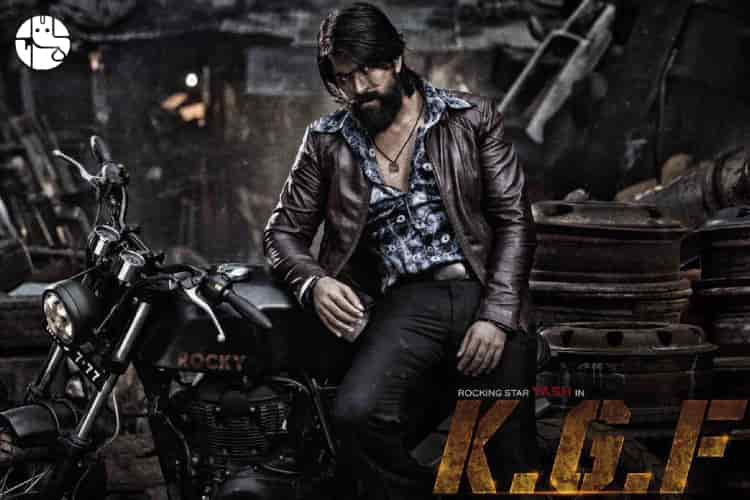 K.G.F: Chapter 1 is a Kannada language movie which is more inclined towards an action-period-drama film and is based on the Kolar Gold Fields, which is a mining region in the Kolar district in Karnataka. The movie revolves around these Kolar Gold Fields and the freeing of the enslaved laborers working in those fields for gold mining process. This seems like a legit movie! The movie is directed by Prashanth Neel and stars Naveen Kumar Gowda or better known by his stage name Yash and Srinidhi Ramesh Shetty. The film is going to release on the 20th of December in Canada and USA and on the 21st of December in India. Furthermore, K.G.F: Chapter 1 will be dubbed in six languages, namely, Hindi, Tamil, Telugu, Chinese, Japanese and Malayalam.

The movie K.G.F: Chapter 1 is a period drama which is set in the early ’80s and a part of it from the ’70s where superstar Yash, plays the role of Rocky, the male lead in the film. The story revolves around the Kolar Gold Fields which were used for gold mining purpose for over a century until it got closed down in the year 2001 as it did not produce much gold. The teaser of the movie seems quite intense, and the Filmfare Award-winning actor Yash’s game is on point with his smooth, dignified and debonair persona in the film. Srinidhi, the female lead is also an Indian model and a Miss Diva 2016 titleholder, and interestingly this will be her first film as an actor which makes the movie all the more fascinating.

K.G.F: Chapter 1 one of the most anticipated movies, and the audience is looking forward to seeing it mainly because of the concept and theme of the movie, which seems quite luring. There is also KGF part 2 in the series whose release date is still not decided. This film also clashes with Shahrukh Khan’s Zero, and it will be very interesting to see how both these films do together! This is some competition! Are you facing problems in career? Access the 2020 Career Report and get the solution.

According to the Astrological Analysis, Mars owns the house of gains which is inhabiting the 2nd house. So, this planetary combination is good for the initial phase of the movie. To add further, K.G.F: Chapter 1 will also earn good money at the box office. Overall, this phase will be satisfactory on the financial front. Also with the passage of time, the source of revenue may also increase and there will also be new accomplishments. This may elate the cast and crew of this movie, however, as Ketu is in the first house they may develop some negative thoughts and stress as well. This movie may earn good revenues. Do you want to know your financial position in the time to come? Avail the 2020 Finance Report.

Movie Will Be Appreciated

The Lord of the 3rd house is Jupiter which is with Mercury. This shows that the climax of the movie is well scripted and the audience will have a good feeling by the time they leave the theatre. This shows that the writer of K.G.F: Chapter 1 will also be appreciated and recognized for his work. On the whole, as the movie carries a good theme and subject, the drawbacks of the movie may get sidelined. Therefore, K.G.F: Chapter 1 will become worth watching for the audience and will be a killer one!

Will Show A New Dimension Of Acting

Jupiter is seated on the gains house and is aspecting the 3rd, 5th and the 7th house, as per the astrological findings. On the other hand, Venus is seated in the 10th house in its own sign. So the actors will do a very good job and also be appreciated. A new dimension of acting will be seen in this movie and the screenplay and script of the film will hold the audience to the seat apart from the theme of the movie working wonders and in favor of the cast and crew of K.G.F: Chapter 1!

TBH, it’s been some time now that we have seen a period drama film and we hope this movie nails it big time! Ganesha wishes luck to the whole team of the movie.