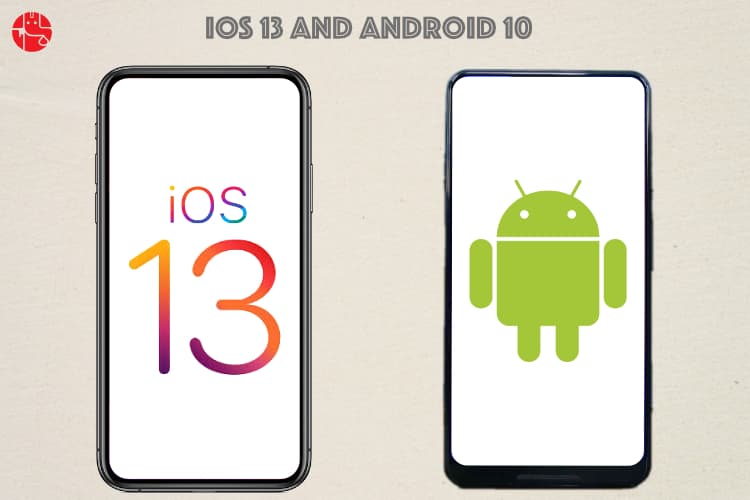 There has been a head to head competition between the two most used operating systems in phones, for a very long time. There is one more round to go this year, as Android is releasing its seventeenth version and iOS is releasing its thirteenth version. People have been divided majorly into two groups, ones who use Google’s Android OS and the others who use Apple’s iOS, a serious rivalry as to which OS is better. With such tough competition, both Apple and Google are trying their best to enter the market and get their share of food.

The iOS 13 will be released worldwide on September 19 and Android Q (10) was released on September 3 for Google Pixel phones and other selected devices. Both the operating systems have important updates in their respective versions to make things more interesting in terms of the user experience.

As far as the features are concerned, both Android Q and iOS are coming up with the Dark Theme wherein the color scheme uses light-colored texts, icons and a graphical user interface with a dark background. This dark theme can also be scheduled manually as per the user’s needs. The major updates for iOS include a more user-friendly photos tab, screen recording, revamped maps, memojis, animojis, sign in with Apple feature, QuickPath that lets you swipe words on the keyboard, Siri with a new Indian English voice and many other attributes. Whereas, Android Q has other top features with the likeness of improved security and privacy updates, gesture navigation, live captions, smart reply technology, sound amplifier, foldable phone support, Vulkan graphics API, Pixel presence, screen recording and much more.

Ganesha has predicted as to who will win over the market more. Is it going to be iOS 13 or Android Q? Which OS is better? Who will win in the Google VS Apple competition in terms of the business generated? Let us find out! Want to know effective solutions to your business problems and expand your market? Buy our 2020 Detailed Yearly Report!

However, the privacy loopholes might disturb Android 10 users due to the influence of Saturn and Ketu in the 5th house, as per the Indian Vedic Astrology.

The component of AI is likely to remain highly appreciated in iOS 13 instead of Android 10. Apple’s Siri will also become more functional and a new sound control will also be available, as mentioned earlier.

Ask Our Expert Astrologer and get answers to all your life problems!