Karma and Rebirth in Hinduism 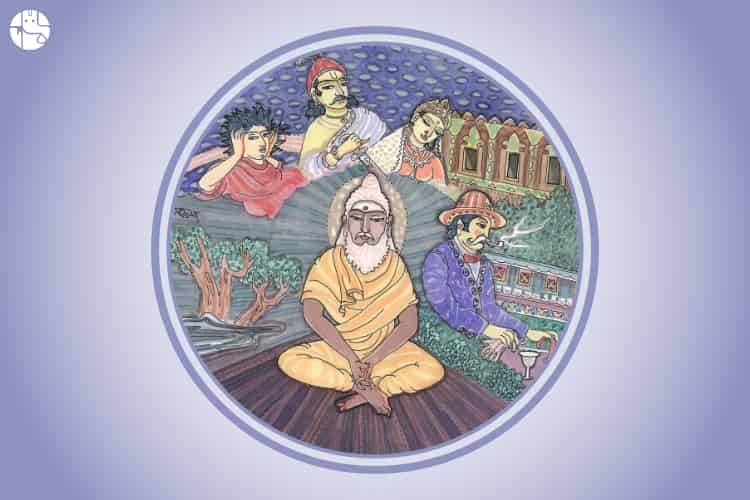 Since the beginning of life, and the evolution of human beings, there is one unanswered question that has wrecked the human minds and may continue to do so, the theory of rebirth. The one question after “What is the purpose of life?” that has always crossed everyone is “What happens after death?”. Maybe, the latter comes before the former, but that is not the query. For years, human beings have tried to answer this question with their small intellectual minds but in vain, as there is no simple answer to it. And, there is no experience attached to confirm it as well! Different religions have different perspectives, some say this is the only life and some say that the cycle of life continues until we are rid of the bag of karma. Yet, humans have been in a dilemma since there is neither a physical experience to it, nor there is coming back to share the experience or information.

India has been a sacred place where varied people with numerous belief systems have emerged, and in turn spread their knowledge pertaining to the process of life, death, and reincarnation. Interestingly, all the religions that have given birth from India all believe in life after death like Hinduism, Jainism, Buddhism, and Sikhism.

In Hinduism, it is a very common belief that life works as per Karma, with action and inaction both playing a major role in the process. It is surmised that each soul needs a body to reside and when the body wears off, the soul comes on earth with another body to confine itself to experience the materialistic world. According to Hinduism, Moksha is the freedom from the bondage of the physical world. One can only free himself from the bondage of birth and rebirth to merge with the ultimate and attain Moksha, where the soul lives for eternity without a physical body. For years, saints and sages have unfurled the secrets of the soul and its mystery. They have always said that the soul is eternal and that the body is a temporary way to experience the physical world. Furthermore, when the body wears off, like a piece of cloth, the soul finds another body as per its Karmic cycle of existence. The soul according to its tendency will find another body and become that piece of life in the physical world. This continues until the soul is free from the bondage of karma, which is why the concept of reincarnation is so ingrained in the Indian tradition.

Not just this, Hinduism also mentions that the cycle of existence is not limited to just human beings, that is, a soul can come on the planet as any living being, be it a plant, insect or an animal. Therefore, as per the cycle of birth and rebirth, one can come in any form whatsoever depending on its karmic inclination. It is also said that the Pre-Vedic culture in India believed Moksha or Liberation to be the ultimate goal in life and that God was considered to be just a stepping stone in this process towards attaining this state. This is why we sometimes feel connected to a person in spite of not having met them before! Looking for solutions in your love life to connect with your beloved? Buy the 2020 Detailed Report and get your answers!

Rebirth Theory in Buddhism and Jainism

So is the case in other Indian born religions like Buddhism, Jainism, and Sikhism where all of them believe in life after death and reincarnation. In Buddhism, and to an extent in Jainism, this cycle is called Samsara or the realm of rebirth which also means “wondering'' referring to the cyclic form of existence. To free the unchanging (eternal) soul from “Samsara”, the cyclic form of worldly existence, one has to work towards the process of liberating the soul and attain Moksha, Nirvana or Mukti. To add further, in Buddhism it is also said that meditation is a technique to eradicate the past Karma, and if one is consciously aware of the present ongoing karma, he or she can attain this state of enlightenment. This is because the past karma is eradicated in the process and no new entangling karma is formed, which in turn sets the perpetual soul free from the cycle of birth and rebirth as there is no karmic debt left.

Sikhs also believe in the cycle of rebirths and according to it, the human form is the only chance where one can break from this cyclic existence. So, Liberation or Mukti is also very prevalent in the Sikh culture too.

Other religions like Islam and Christianity do not believe in another life after death although reincarnation is mentioned in ancient Greek texts too.

Although no one knows where one goes, or comes back, experts and scholars also believe that Astrology can play a vital role in knowing the tendencies. Karma and rebirth in Hindu astrology are also connected, and this, in turn, is affiliated somehow with memory. The soul does keep memory or a tendency, if you may say so, to attach to a body until it learns the lessons of life. So, it is said that one keeps on reincarnating until he or she reaches a stage of enlightenment where it has learned all the lessons of life and is free from the karmic repetition. All this comes under Karmic Astrology and Numerology where a detailed study can reveal possible reincarnations and the nature of the cyclic existence of Karma of a person. This is the same reason why even though the date of birth, place of birth and time of the birth of twins are the same, they may live a different type of life altogether, because of the presence of the karmic factor. So, analysis of past life is very much possible in Indian Vedic Astrology. Want your life to be analyzed by our experts? Talk To Your Personal Astrologer!