The rise and fall of Anand Jon - GaneshaSpeaks
https://www.ganeshaspeaks.com

The rise and fall of Anand Jon 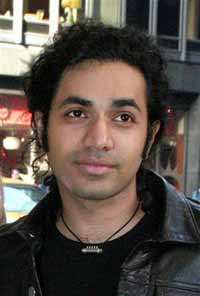 Once a highly feted fashion designer, India-born Anand Jon Alexander may have to spend the rest of his life behind bars. The designer, who was convicted in 2007 for sexually assaulting aspiring models, was sentenced to 59 years in prison on Monday. Concluding the trial, the Los Angeles court found Jon guilty on 14 counts of sexual assault, including forcible rape between 2002-2006.

In his brief, controversial, yet illustrious career, Anand Jon has designed clothes for celebrities such as Paris Hilton, Janet Jackson and Mary J Blige. Jon, 35, had been hailed as the future star of catwalk, and was featured in Newsweek as the designer to watch. He also starred as a guest designer in the reality television show ‘America’s Next Top Model’. But his career was cut short after he was accused of rape and sexual assault.

While his loved ones and supporters are crying foul, Ganesha tries to give an unbiased view based on Vedic Astro-Numerological analysis.

Number 28 indicates a lot of contradictions, trouble in trusting people, competition, and loss through law. If we listen to Anand’s sister, Anand’s business partner may be involved in indicting him.
Also, Anand was a celebrity who is now rotting in jail (a contradiction and also loss through law). He has trouble with trusting people (If we believe his sister’s statement).

Currently, he is running through the sub-period of Venus (based on other considerations, which cannot be detailed here). Number 6 represents Venus and stands for love, balance, and relationship with women and law. Number 28 along with number 6 strongly indicate some trouble with the law.

So Saturn is bringing him misfortune. A weak Saturn also lead to lawsuits.
Also, number 7 (in 17) causes Ketu to provide him excellent opportunities in a very niche area’s in this case fashion designing, which is a suitable vocation for people born with Number 8.

Number 11 signifies idealism and inspiration. But one needs to understand that at times, balancing such energies is tough. Furthermore, had he not been so idealistic and inspired, he wouldn’t have achieved such early success in his career.

Transit of Saturn
Anand has Aries Ascendant (if we take it for Prasna purpose). Moreover, Saturn posited in his chart will be transiting from the 5th House to the 6th House in a weak state.

Weak Saturn sends energy to the 6th House (Saturn, though favourable, is weak in the 6th House, so it can produce unfavourable results). Under the affliction of a weak Saturn, he may face opposition from certain quarters, enmity and the such. He may have to spend many years in fighting the odds. Saturn aspecting the 8th House and the 12th House revealed hidden truths, which led to his imprisonment.

It also strengthens the prophecy of number 28, where 8 indicates Saturn, which is weak during the transit.

Anand’s trouble nearly surfaced when Saturn was transiting through Leo. Moreover, his house of love affairs was aspecting the 7th House of profession. We all know what happened on these fronts during this period.

Conclusion
Only the grace of God can save anyone. The prayers of his loved ones may not be as effective. If he has committed those crimes, he should seek God’s mercy. But if he is innocent, taking refuge under God may be his only way out.