Importance and Benefits of Tulsi in Puja Vidhi and Tulsi Vivah 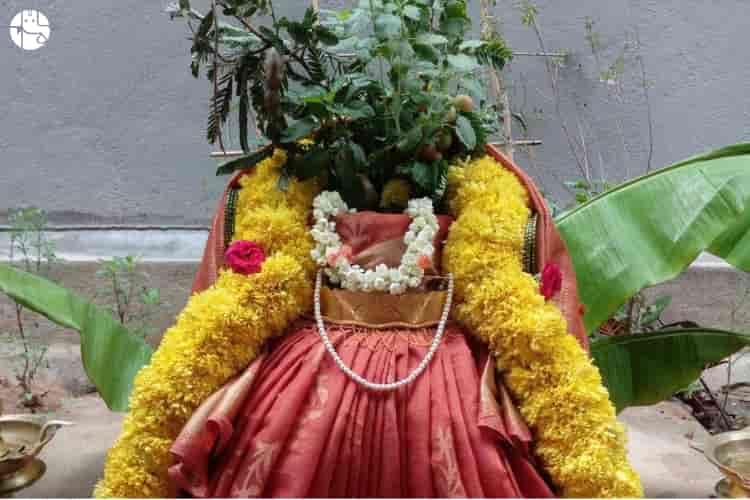 Tulsi or Vrinda is a sacred plant in Hindu belief. Hindus regard it as an earthly manifestation of the goddess Tulsi/Vrinda; she is regarded as a great worshipper of the god Vishnu. It is regarded as a threshold point between heaven and earth. It is believed that god Brahma resides in its branches, all Hindu pilgrimage centres reside in its roots, the Ganges flows through its roots, all deities reside in its stem and its leaves and the Hindu scriptures – the Vedas in the upper part of its branches. It is considered as household god particularly referred to as a "Women's deity". It removes negativity and eliminates Vastu Dosh of a house. Talk to our expert for more information.

Tulsi Puja brings prosperity and happiness to the family. It helps to attain salvation and reduce sins. It reduces the Dev Dosh.. Freshwater should be offered to Tulsi, and a lamp should be lighted every morning and evening while chanting Tulsi Pranam Mantra. It is believed that Tulsi was born on Kartik month’s Amavasya. Therefore, worshipping Tulsi in Kartik month is considered very important.

About Tulsi Vivah – The Legend

Once upon a time, there was a demon called Jalandhar. He had a chaste wife named Brindha. Due to her piousness, the demon had secured immortal powers and became invincible. Unless the chastity of Brindha was challenged, the demon could not be conquered. Upon the behest of the gods, Lord Vishnu disguised himself in the form of Jalandhar and violated her. Thereupon, Shiva killed him in the battle. Brindha cursed Lord Vishnu that he would turn black and would get separated from his wife. Brindha burnt herself in atoning for her sin and then became Tulsi plant attaining immortality. As per her prayers, she was married to Lord Vishnu in this form.

On the day of Prabodhini Ekadashi, the devotees wake up early in the morning and take holy bath and clean their homes. TheTulsi plant is placed in the centre of the house, given a holy bath and decorated with turmeric, vermilion, sacred thread, ornaments and flowers. The idol of Krishna/Shaligram is decorated with male attire and placed adjacent to the Tulsi plant. Usually, on the day of Tulsi Vivah, the devouts observe a day-long fast, and the Vivah takes place in the evening. The ladies of the household with the attendees perform the marriage. After invoking the presence of Tulsi and Krishna, the mantras are chanted and a cotton thread is tied around the statue and plant as a mark of wedding lock. After the ceremony, 'Prasad' or 'bhog' is distributed to all the devotees. The auspicious Tulsi Vivah in 2019 is on 9th November,Saturday.

How performing of Tulsi Vivah is beneficial in your life?Talk to an Expert Astrologer

What are the benefits of Tulsi Vivah Puja

2- Unmarried woman to get a good husband

3- Childless couples who perform Tulsi's kanyadaan, are blessed with children

4- It brings happiness, prosperity and wealth

Let’s know more about Tulsi from our astrologer:

Q1- Why is tulsi offered to gods with Prasad?

A- Krishna who has shown the entire universe within his mouth to Devaki revealed that Tulsi leaves are more scared than Krishna himself. To praise the significance and sacredness of Tulsi it was added to any prasadam offered to Krishna, as he resides in it!

Q2- Which mantra for tulsi helps provide maximum benefit to its devotee?

Q3- How should tulsi be placed in a house?

Q4- What is the spiritual significance of tulsi vivah?

A- The Vivah of Tulsi with Lord Vishnu means that god likes purity as a quality. The meaning of the word marriage is the merging and oneness of the embodied soul and god

Tulsi is also known to be a medicinal plant and purifies air also. It is an irreplaceable part of any Hindu family.

The Battle For Uttar Pradesh - What Do The Planets Foretell?