Different Types Of Shankh And Its Importance - GaneshaSpeaks
https://www.ganeshaspeaks.com

Different Types Of Shankh And Its Importance 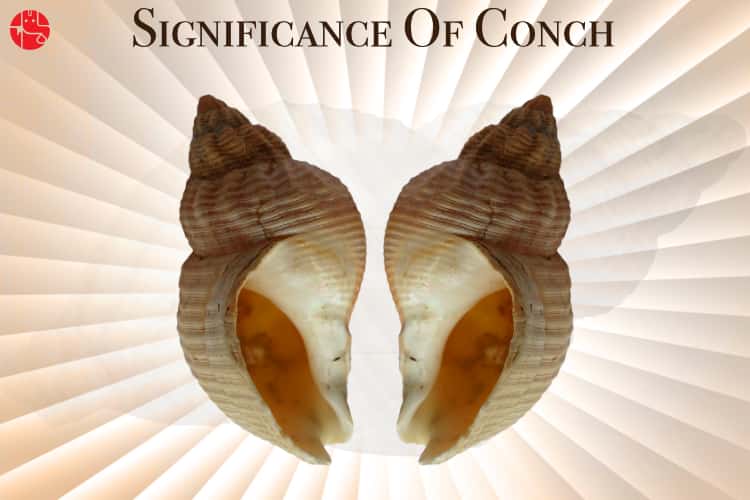 A conch or Shankh is deeply rooted in Hinduism. It is believed that the sound of sacred Om, which is known to be the first sound of creation, is associated with the sound of the conch. It is a pious article and is used in all religious rituals.

Shankh and its Importance

In religious rituals, Shankh is used to announce the beginning of a prayer or arrival of deity. In some places, sacred water is collected and distributed in it. Shankha is blown during every festival and auspicious beginning and the sound ushers in freshness and new hope. People usually collect and keep water in the conch shell, which is sprinkled while performing pujas.

While performing Lakshmi Puja, the conch shell is filled with milk, and then it is poured over the idol. Water collected in Shankh is offered while worshipping the sun. The resounding musical notes of sacred shankh rent the air when it is blown during religious ceremonies, and thus the devout emotions get expressed.

Shankh is also part of classical Indian musical instruments, and there is also a mudra based on it in classical dance. The blowing of shankh makes the atmosphere holy and pure and conducive for spiritual practice. Thus it becomes easier for an individual to receive maximum sattvik frequencies emanating from the deities.

Know about Indian Mythology and Shankh

There are numerous legends associated with the conch shell in the vast Hindu literature. One such legend goes as follows:

Devaraja Indra had to suffer due to the curse of Durvasa Rishi, while Daityaraj Bali had captured the three worlds. Bali created havoc all around. To find a solution against Bali, all the deities approached Lord Vishnu. He advised all the Gods to go for Samudra Manthan. Then, the demons and the Gods together churned the ocean with a desire to get Amrit.

There were fourteen gems that came out with Samudra Manthan. Conch Shell was one of them. This conch was dedicated to Lord Vishnu. That is why conch is essentially played in Lakshmi-Vishnu Puja.

Lord Vishnu’s conch was named Panchajanya Shankh. It is the most powerful of all the shankhs. Panchajanya Shankh brings prosperity, harmony, wealth and material attainments. Vishnu’s idol is incomplete without this conch along with the Sudarshan Chakra and Lotus flower.

What are the types of Shankh?

Some other Conchs are:

Other than its spiritual and mythological significance, one should know the health benefits and what is conch good for.

Many diseases like jaundice, bones, teeth, stomach issues get resolved by drinking the water kept overnight in the conch. It has Calcium, Phosphorus, Magnesium and Sulphur. The scalar sound waves that are generated by blowing the conch balance the chakras in the body.

The vibrations it produces purify the air and is believed to destroy the disease-causing germs in the atmosphere. It helps to develop good lung capacity. The blowing of the Conch works on the thyroid, muscles of the neck and the vocal cords too.

Anything that has spiritual significance should be taken care of properly, as per the rituals and customs. And shankh is no exception. A shankh may appear small, but it has immense healing power. It may be kept at home as it attracts positive energy and good luck. Ask our expert for the correct conch for you.