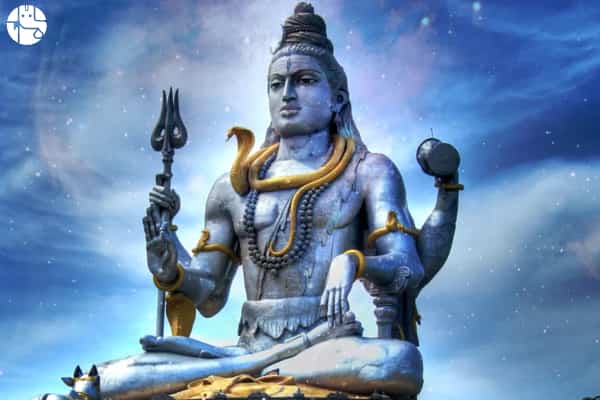 The image of Lord Shiva is unique. Shiva is a recluse, yet women wish to have a husband like Shiva. In a moment Shiva is innocent, who is absorbed in his meditation sitting on Kailash, and in a second, Shiva takes the form of fierceness and becomes Mahakal. The general form of Shiva is also amazing, in which he is seated on the skin of a tiger with a body stained with ashes, wearing a snake around his neck and a crescent moon on his head. In whose hair there is a gentle Ganges and in his hand the destroyer Trishul. And the damru in one hand, when the whole world dances, and if the third eye on the head opens, then destroy the world. Lord Shiva has 108 names and each name has a different meaning and different reason.

Shiva is also the driver of the universe and also the cause. Shiva is omnipresent and an integral part of the consciousness of every human being. Shiva is that element, the mere remembrance of which makes the mind full of joy. Shiva is the most beloved of the devotees and to celebrate him, it is enough to anoint him with a lot of water with full devotion. Let us know the glory of Shiva and some other ways to get his grace.

Rudrabhishek is an ancient mantra, chanting of which produces celestial sound. In ancient times, sages and sages used to chant this mantra while meditating and spread its benefits to the people.
With the effect of Rudrabhishek, positive energy is generated and negative energy is destroyed. Rudrabhishek also benefits the nature a lot. In the month of Sawan, when most of the Shiva devotees perform Rudrabhishek, the nature becomes green and joyful. While chanting, we may not know the meaning of every mantra, but the vibration generated by its pronunciation purifies our mind and the surrounding environment and fills it with boundless energy. You also feel the same energy and security while doing Rudrabhishek. There are many benefits of performing Rudrabhishek, of which the blessings of Shiva are the most important. No purpose or resolution is needed to perform Rudrabhishek. Still, by doing this, problems happening in the house, desired life partner, property, victory over enemies and many other benefits can be obtained. Read below to know more about Rudrabhishek.

1. It brings wealth and harmony in the family.
2. Removes negative energy and purifies the mind by removing bad thoughts.
3. Protects from all evils and gives strength to deal with difficulties.
4. It eliminates the bad effects of various planetary doshas like Rahu dosha, cursed dosha etc. in one’s horoscope.

According to mythological texts, with the blessings of Lord Shiva, every wish is fulfilled by Jalabhishek.

Anointing Lord Shiva with milk gives longevity to a person.

By anointing the Shivling with honey, the devotee is blessed to live his life with complete joy and freedom. Anointing Shiva with honey gets rid of all the troubles of life.

In Panchamrit, 5 different substances like milk, curd, sugar candy, honey and ghee are mixed together. These 5 substances together make Panchamrit. By consecrating the Shivling with Panchamrit, the devotee gets wealth and success.

By doing Rudrabhishek with ghee, you get freedom and energy from illness or physical problems.

Rudrabhishek with curd is useful for those people who wish to have children.

Talking about the method of worship of Rudrabhishek, then due to all the hardships of life, we have started running short of time. In such a situation, if you also want to do Rudrabhishek or get it done in someone’s name, then the best solution for this is online Rudrabhishek Puja! Book with us today.

Conversely, if you wish to perform the Rudrabhishek Puja yourself, first consecrate the Shivalinga with water with continuous chanting of the Vedic mantra Rudra Suktam, which is known as Shiva Rudrabhishek Mantra. Abhishek of Shivling by mixing cow’s milk, coconut water, rice, powdered sugar, ghee, curd, honey, sugarcane juice etc. According to Vedic rituals, Lakshmi-Ganesh Puja is performed in the morning while performing Rudrabhishek. After this, while chanting the Rudrabhishek mantra, using the above items, the Shivling is anointed throughout the day. Later, exclusively lotus flowers are used to decorate the Shivling and apart from flowers, bilva leaves are also used for decoration. After all these rituals, aarti is finally performed by lighting 108 lamps and prasad is distributed among the devotees who attend the puja.

Any Religion in Hinduism Shubh Muhurta is observed before the ritual or Manglik program. It is believed that any work done in the auspicious time is more likely to be accomplished. Let us know when is the best date to perform Rudrabhishek of Shiva.
You should see the presence of Shiva before doing Rudrabhishek.
Do not perform Rudrabhishek without seeing the abode of Shiva.
– See the abode of Shiva only when Abhishek is being done for fulfillment of wishes.
Lord Shiva lives with Maa Gauri on the Dwitiya and Navami Tithi of Shukla Paksha of every month.
Lord Shiva stays with Maa Gauri even on Pratipada, Ashtami and Amavasya of Krishna Paksha of every month.
Mahadev resides on Kailash on the Chaturthi and Ekadashi of Krishna Paksha.
Mahadev stays on Kailash only on Panchami and Dwadashi date of Shukla Paksha.
On Panchami and Dwadashi of Krishna Paksha, Shiva travels the whole world riding on Nandi.
Shiva is also on world tour on the sixth day of Shukla Paksha.
Mahadev’s residence is auspicious for Rudrabhishek on these dates.

Navagraha dosha is removed only by chanting the name of Lord Shiva. With the advice of an astrologer, according to your horoscope and looking at the zodiac sign, planetary dosh nivaran puja is considered very effective and fruitful. Book online puja today to get rid of planetary defects in your horoscope and lead a happy life.

Rudrabhishek is one of the most effective worship rituals of Lord Shiva. During Rudrabhishek, the Shivling is anointed with substances like holy water, milk, juice, curd, honey or Panchamrit. Mantras are chanted aloud while the Shivling is being consecrated. Along with consecrating the Shivling, the chanting of these mantras invokes positive energy by destroying all kinds of negativity present in the environment. Let us know about some of the mantras to be recited during Rudrabhishek.

Om Tryambakam Yajamahe Sugandhim Pushtivardhanam.
Urvarukamiva bandhanan
Apart from this, you can also do special Abhishek of Lord Shiva through Shiva Panchakshara Stotra. Apart from Rudrashtak recitation, Rudrabhishek is also completed with many special Vedic mantras.