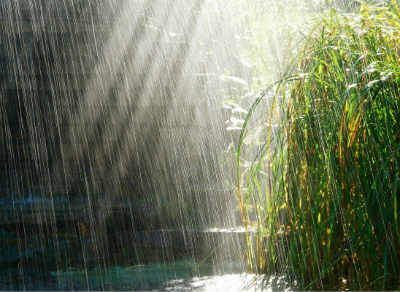 Monsoon (India) 2016 Forecast
Vedic Astrology makes use of myriad principles to forecast weather conditions. Predicting for the monsoons too may be done by employing many of such techniques including observing and recording animal Behaviour, noting the Sun’s entry in the Ardra Star, the Sun’s entry in the Zodiac Sign Cancer, the Halo at the sunrise, Lunar Days and Lunar Months, Solar Ingress, Pregnancy of Clouds (conception of Water Element) etc.
In this particular analysis, we have analyzed only the planetary patterns of the transiting planets to forecast rainfall, across the country as a whole. The exact state-wise prediction of the same is not possible, without considering their respective horoscopes.
The Month-Wise Analysis on the basis of 'Arudra Pravesh Kundali'
Generally, the Sun's transit through the Arudra constellation is the primary key for Astrologers to make various forecasts about the general trends of monsoon. But, this time, the 'Arudra Pravesh Kundali' does not present a very clear picture about the monsoon in India. Hence, we have examined the alternative Astrological methods to get some idea about monsoon during the year 2016 in India. And, we came to know that the later half of May 2016 will set the outline of overall Monsoon for 2016.
June-July 2016
During the month of June 2016, transiting Saturn and Mars will be in a retrograde motion in Scorpio – a watery sign. Plus, Mercury will be transiting through Taurus, an earth sign, along with transiting Venus and Sun. So, entire June 2016 may show better rainfall in the locations that fall below the Tropic of Cancer. Plus, coastal zones may also notice heavy to medium wind storms or thunder storms. Mars' (retrograde) transit through Libra and the combustion of Venus indicates some unexpected natural phenomenon during mid June, 2016 to mid July, 2016. The month of July 2016 also shows considerably good rainfall in the central belt of India.
August 2016
During the month of August 2016, an unequal distribution of rainfall is expected in various locations of India. Plus, some locations may also notice moisture-laden (humid), hot temperatures. Plus, there may also be major weather fluctuations in some parts of India. Some particular locations in the north and north–east belt of India may witness the highest rainfall in this month, feels Ganesha.
Some Important Planetary Configurations During this Monsoon Season and their Probable Effects:
Jupiter signifies the ether element and it is a planet of expansion and  satisfaction. Transiting Jupiter will remain afflicted by the malefic Rahu in this rainy season. Hence, some parts of India may not witness satisfactory a rainfall. Saturn, being a signifier of the air element will remain retrograde in the Scorpio Sign (watery sign) during the major part of the monsoon season. Additionally, two natural malefics Rahu and Mars will be in square aspect from each other.
Globally speaking, all these planetary configurations show negative signs like average to heavy natural calamity between the Tropic of Cancer to Equator. To be precise, these factors warn about some unexpected natural phenomenon in either the oceanic bodies or in the atmospheric level.
Summarily, Ganesha foresees a “Normal Monsoon” for India in 2016.
With Ganesha's Grace,
Malav Bhatt
The GaneshaSpeaks.com Team
Share