It is Bapu’s birthday: Do you believe in truth & non-violence? 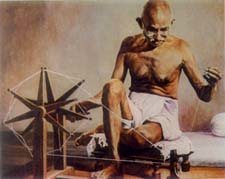 “I have nothing new to teach the world. Truth and Non-violence are as old as the hills”.

These are the words of Mahatma Gandhi, the father of our nation, the national hero, the great leader but the simplest of man. After the decades of his death, his words are confined to books only and we cannot see his ideals of truth and non-violence in practice today.

Ganesha has come up with a unique idea to commemorate Gandhi on his 139th birthday. The article is a tribute to Gandhi as it tells the belief of every sun sign has in the two principles: Truth and Non-violence.

Aries
Arians are likely to be an initiator of any action, an achiever. They are not someone who figure things out in minute details in advance. An idea comes to them and they are bound to act on it. They do things with passion. Therefore, if an idea or principle like Non-violence is infused into them correctly, they will adopt it with great enthusiasm. However, they tend to be discouraged or get bored. This makes them forsake ideas. They might not stick to the idea or principle after the passion peters out. Arians are idealistic but their ideals may change frequently. It is likely that they may not stick to the principles of Non-violence & truth for long time or it is always necessary to give a come-on to them at regular intervals.

Taurus
Taurians are strong-willed, persevering and steadfast. They are practical and show a great deal of discipline. They are slow to get started, but once they have built up their momentum, they are much more persistent in chasing their goals. They are idealistic in a practical way. So, once they adopt the principle of Non-violence & truth, they will stick to it relentlessly and exercise the power of this principle in practical manner.

Gemini
Gemini is adaptable and versatile. They are intellectual and good at logic and rationality. So they will surely think about the idea of Non-violence & truth first and then try to derive possible results by their acute logic and then only decide whether to follow or not!!!

Cancer
People born under the sign of Cancer tend to be caring, nurturing and sensitive. They might consider their country their home and behave in this manner. For them, truth and non-violence will not just be a principle but a feeling. Therefore, once the principles of non-violence & truth touch their heart, they will surely adopt and follow with great sincerity and faith.

Leo
Leonians are self-centered and they judge truth from their own standards. They listen to the other person’s point of view, even if they are going to follow their own ABC to do their task. They are dominating and authoritarian by nature and always have their own standards, hence, might become difficult for them to follow ideas of others religiously.

Virgo
Virgos are analytical and critical. This means they tend to analyze things so that they can understand their parts. Virgos do not seek personal ambitions and are not so egotists. This makes them adopt the principles of Non-violence & truth if they find them logically true. But before accepting any idea, Virgos are in the habit of exploring the facts like where the idea comes from and how it relates to them. Virgos will examine these in a realistic manner and will think twice in terms of its practicability. 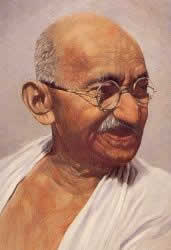 Libra
The action that Librans take may be to see the other person’s viewpoint first and compare and contrast it with their own. Librans can see the other person’s point of view as well as their own; they can be indecisive sometimes. They need to learn that when action is required, they have to take a stand or make up their mind. They will rather have very balanced approach to ideas like Non-violence & truth.

Scorpio
Scorpios can be unwavering and a remarkable harmony can be noticed between their speech and action. They can maintain their position. Scorpios can see the truth hidden within the person. They can be devoted partners and followers. They are insightful because they can feel the truth from the face of other people. Once they believe in non-violence & truth, they will follow it at any rate.

Sagittarius
Sagittarians can get acclimatized with any environment; this might challenge others. They are rather restless and want to be in action, whether mental or physical, seek better things in life. They are the ones who draw conclusions from their experience. Sagittarians are social and want to teach the world the knowledge and wisdom they have acquired. Therefore, once they accept the non-violence & truth, they will not only follow but also teach the others.

Capricorn
Capricorneans are prudent and reserved. They do not jump in the dark but carefully think about the practicalities and usefulness of what they do. So, Capricorneans can be realistic and will use the non-violence & truth in practical or useful way. They can also teach others to be more motivated, organized, grounded and more sensitive to the thoughts of groups.

Aquarius
Aquarians tend to be fixed and constant in their thinking, and so they are strong-willed and persevering in their beliefs, even if these beliefs are unconventional. They are more concerned with universal truths, or with generalities. Aquarians are idealistic and humanitarian and so they will adopt the non-violence & truth with ease once they get convinced. Aquarians can also teach us tolerance, objectivity and independence.

Pisces
Pisceans are impressionable and inspirational. They are open, loving and warm people who always show compassion. Pisceans are also visionary and creative. They will get convinced easily to the non-violence & truth, and ready to teach the lessons of compassion, imagination, forgiveness and tolerance. They may be most suited to this principle.