“As You Sow So Shall You Reap” Karma Astrology Works In That Way Darling! 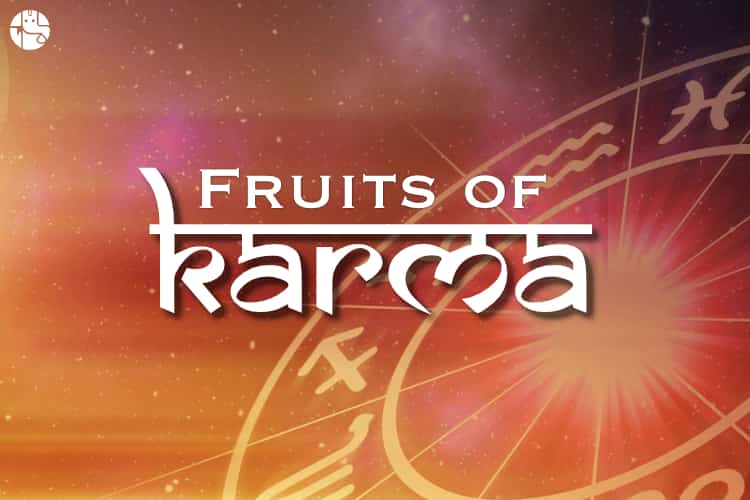 It is well quoted, “as you sow, so shall you reap”. The quote stands true also if one considers the concept of Past Karma Astrology. It is believed that whatever one does in life comes back to him in some or another way. That is why it is said “Karma Works”. Some say Karmas are returned in the same life, while others believe in the fruit of Karmas in the next birth.

Past Life Karma Astrology is the inevitable result of one’s own actions, not destiny. If you sow goodness, you will reap it. If you sow evil, you will reap evil. Humans are endowed with free will and the ability to control their own fate. Karma is the sum total of the effects of our actions in this and previous lives, which results in both pleasant and unpleasant encounters.

It is mentioned in the Theory of Karma that “your thoughts become your habits and habits become your actions”. And actions are nothing but Karma. So, one should be careful with thoughts. These thoughts make you act, and ultimately, your Karmas are tracked and recorded. Your thoughts become a reality. Your present life is a cumulative manifestation of your past life karma astrology. It also includes your thoughts till the present day.

Vedic Astrology plays an important role in the making up of an individual as it keeps a record of his/her past karma. Vedic astrology and karma are associated as the former can predict the physical and emotional growth and hindrances one will experience due to past life’s karma. Many believe that due to past life karma and astrology, one cannot have complete control over the current areas of life.

The Vedic Astrology helps in identifying three types of Karma – fixed karma, not-so-fixed medium-strong karma, and the karma one is making right now through the thoughts and actions, which is under present control. The individual’s incarnation into a particular family is his ‘fixed karma’.

In Vedic astrology, the position of planets in the birth chart of the individual is shown at the exact time of the birth. Vedic Astrology also explains the Dasha or planetary periods, which interpret the favourable and unfavourable phases of life.

Karma Astrology Is Categorized as Follows:

Sanchita karma is the total sum of one’s previous karmas – all deeds (good and bad) up to this point, including those from previous lives, the consequences of which have not yet been felt but could be felt in the future lives.

Prarabdha Karma refers to the portion of sanchita karma that is ready to be witnessed in this life.

Agami karma is the portion of sanchita karma that will be felt in subsequent lives.

Kriyamana karma is the karma that is currently being produced by an event, the fruits of which will be felt now and in the future.

Human existence is a continuous complex interplay of the outcomes of his own prarabdha karma and the outcomes of the current kriyamana karma that he produced with his own free will.

The act and the outcome may not have a strict one-to-one relationship. For instance, just because you broke someone’s leg in a previous life does not mean someone would break your leg in this one. Yes, you will have to go through some kind of anguish and pain, but that’s about it.

The outcome is added to the pool of collective knowledge. It’s similar to preparing a meal. Both of the ingredients contribute to the flavour and texture, and any additional ingredients will change the flavour. That is to say; current karma has the ability to alter this cumulative karmic experience. If the dish requires more salt, add some curd to it. This is where cures come in.

Karma Astrology Is Divided Into Three Categories Based on Its Severity.

According to Vedic Astrology, your relationships are also a product of your karmas. Sometimes it is also unfinished karma of the previous life that one lands into the Karmic relationships. The one you are in relation to is your Karmic Partner.

Karmic Zodiac Matches and Their Compatibility

The twelve zodiac signs in Hindu astrology are known to have a karmic link with both the sign before it and after it. Each sign goes through the experience the preceding sign had gone through and eventually moves to the next stage. Thus, natives with neighbouring zodiac signs are more compatible than others.

The native of each sign teaches the native of the following or preceding sign some qualities from its karmic experiences. This brings the karmic love matches and their Compatibility into existence.

Are Present Life Problems Linked With Past Lives?

In many religions, the role of past lives in current problems and soul rebirth is a contentious subject. Hinduism, on the other hand, holds that the regeneration of souls is a fundamental belief.

Vedic astrology is linked to Hindu belief, and this system of astrology discusses past lives and accumulated karmas from previous lives that manifest in current life situations. Vedic Astrology is founded on the philosophy of Moksha (salvation) and the belief in karma.

Before taking birth on this planet, it is thought that a soul must wait for the exact constellation of stars. The type of life a person has is determined by his “Sanchit Karma” (accumulated deeds of past lives). Vedic astrology is unusual in that it takes into account the cumulative effects of past deeds. The dasa scheme devised in Vedic astrology is thought to be the “unfolding of one’s karma in the past.” Depending on the karmic records of previous lives, any improvement in dasa will bring good or bad results.

“Rinanu- Bandhan” is also a belief in Vedic Astrology (past life debts). This means that the friends one makes, the enmity one maintains, and the relatives one receives are all determined by past life debts. No one enters a person’s life for no reason. People are tied together by the invisible hands of past karma. It means that if someone appears in your life regularly or if any issues persist despite your best efforts, it’s possible that those people or issues are connected to karmic histories from previous lives.

Pedalling the Cycle of Karma Horoscope

It is scientifically proven that every action gets an equal reaction. Your karmas are action, and your present life is the reaction to those actions. After your death, your karmas are evaluated. Your reincarnation is a karmic result. It makes you experience the path towards spiritual evolution. The soul of the dead waits until the planets acquire the correct positions to match the karma he must experience for a better evolution.

Your Vedic Astrology birth chart is your cumulative karmas to be experienced in the present life. We are in a cycle of reincarnation till we get Moksha. This Karmic Cycle helps you resolve your issues related to your past birth. There is no escape. The only solution is to do good and think positively. There is no medicine available in the market to negate the effects of your bad karmas. So, it is advisable to get involved in good thoughts and try to clean our past Karma Astrology.