After a prolonged controversy over Shoaib’s first marriage with a Hyderabadi girl, Ayesha Siddique, hot tennis star Sania Mirza and former captain of the Pakistan cricket team, Shoaib Malik finally got married in accordance with Islamic customs. The wedding which was scheduled for April 15, took place on April 12, three days ahead of the scheduled date, and was a private affair to which only close friends and family members were invited. Individually, both Sania and Shoaib have been in the limelight since they started their careers, sometimes for the right and sometimes for the wrong reasons. This time, their coming together has caught the attention of one and all.

Ganesha uses the Vedic astrology system to find out if this cross-border marriage will last: 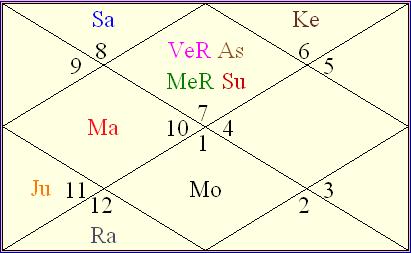 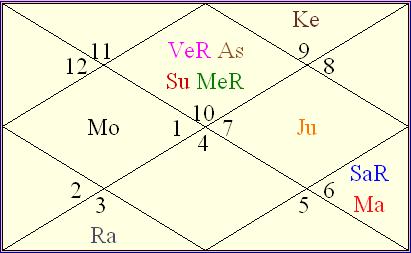 Astrological Predictions
Ganesha notes that Sania and Shoaib’s Moon are conjunct (though the birth time is unavailable, considering degree of Moon, Ganesha has derived that both have Moon in Aries, and it was not changing sign during the day of birth). Moon signifies mind and feelings both. We can call both of them ‘like minded’. However as the sign involved here is Aries, which is ruled by Mars. Hence, both of them may not give up if they are arguing with each other. They may also rebel against something that they don’t like in their partner. On the positive side, both may have a tendency to take the initiative, specifically in case of joint activities, so this may work in their favour.

Both have a Stellium of Retrograde Venus, Retrograde Mercury and Sun, however, the Stelliums are in Square with each other. Sania has this Stellium in Libra and Shoaib has the same Stellium in Capricorn. The most important thing is that there is Venus, the significator of love, which is retrograde in both the charts, indicating an unconventional way of loving each other, and unconventional or radically different experiences in love life. This common factor (retrograde Venus in both the charts) along with both having Moon in Aries has lead this couple to a relationship that has grabbed everyone’s attention. Moreover, Libra is the sign that signifies public relations, name, fame, partnerships and outside world, and because Libra is overemphasized in Sania’s chart specifically, this relationship became the talk of the town so easily.

Sania’s exalted Mars falls over Shoaib’s Stellium in Capricorn. This indicates that she might want Shoaib to love her in a very particular manner. That dominance or command can sometimes lead to conflicts. The most positive factor here is Sania’s Mars (the catalyst) falling over Shoaib’s Venus (the signifactor of love, which is retrograde, and hence ready to accept the unconventional or unorthodox love) has attracted Shoaib. After reading this factor in both the charts, Ganesha is sure that the relationship between Sania and Shoaib is highly magnetic and this factor would help the relationship to keep going.

There may also be strong physical attraction between both of them, says Ganesha.

Shoaib’s Jupiter in Libra falls over Sania’s planetary Stellium in Libra. Therefore, Shoaib would be able to give her some words of wisdom, which will help her beautify her personality, public appearance, and also her professional skills to a certain extent.

Overall, despite potential of conflicts or differences found in both the charts, the relationship has a scope of survival unless they completely lose the magical, magnetic attraction signified by Mars and Venus contact.