Know The Astrological Perspective Of Chandrayaan-2 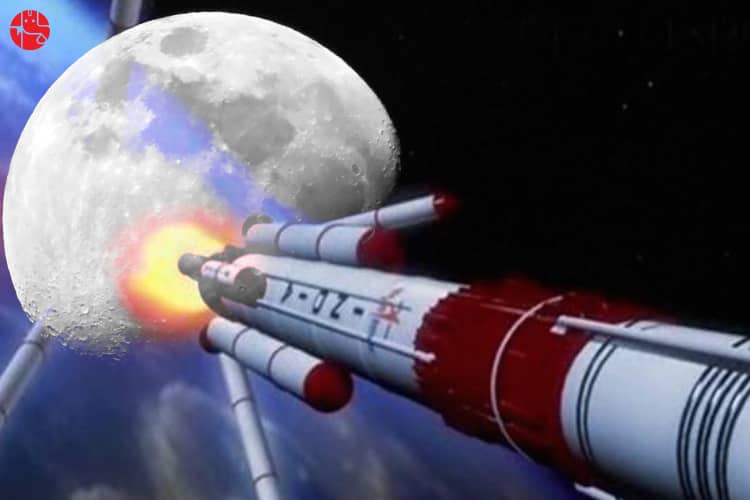 The Rs. 978 crores Chandrayaan-2 project is India’s second lunar exploration mission after Chandrayan 1 includes a lunar orbiter, lander and rover, all developed domestically. The main aim of these three modules is to analyse the moon’s surface and conduct scientific experiments. The instruments on the rover will observe the lunar surface closely and send back data, after which ISRO will carry out analysis of the lunar soil.

Chandrayaan-2 has now been rescheduled on July 22, 2019, at 2.43 PM. If successful, Chandrayaan-2 will be the second mission to soft-land near the lunar south pole after the Chinese Chang’e 4 mission and would make India the 4th country to achieve a soft landing on the moon, after USSR, USA and China.

Here is the astrological analysis done by GaneshaSpeaks.com with the rescheduled date:
Date of launch: July 22, 2019
Time Of Launch: 2.43 PM
Place Of Launch: Andra Pradesh, India

The chart for the rescheduled launch time of Chandrayaan-2 shows that Scorpio sign will be rising at the eastern horizon with the presence of retrograde Jupiter in the 1st house. All three air signs will be devoid of planetary placements. Also, major planetary placements are noticed in the watery signs at the time of the event chart. Saturn and Jupiter are the primary signifiers of any orbital space mission. As mentioned above both Saturn and Jupiter are retrograde. Jupiter, being the signifier of the Ether element, is posited in Ascendant and having an aspect on the transiting Moon. The mission will initiate under the influence of Saturn mahadasha.

Apart from these astrological terminologies, let’s see the effects on this Chandrayaan 2 mission.

As stated earlier, major planetary positions are found in watery signs which shows that the entire team will have to take extra care to get success in moving out of earth’s orbit. However, this journey is expected to remain trouble-free due to benevolent Jupiter. The expected date of arrival of Chandrayaan 2 on the Moon surface will also be achieved without any trouble.

Planet Saturn will be a crucial planet in this mission. Hence, we can expect that some unknown secrets or unrevealed facts about the Moon’s surface can be exposed. This mission can achieve the primary objectives of ISRO because of the direct motion of transiting Jupiter.

All these factors together indicate that ISRO will succeed in this mission. The Chandrayaan-2 is the most complex mission ever as it will make an attempt to soft land at the predetermined site close to the lunar south pole. The call-off for the launch may have disappointed many who had gone to witness the historic launch. But now ISRO is all set to lift-off Chandrayaan-2 on July 22, 2019. Ganesha wishes all the best to ISRO team for Chandrayaan 2.