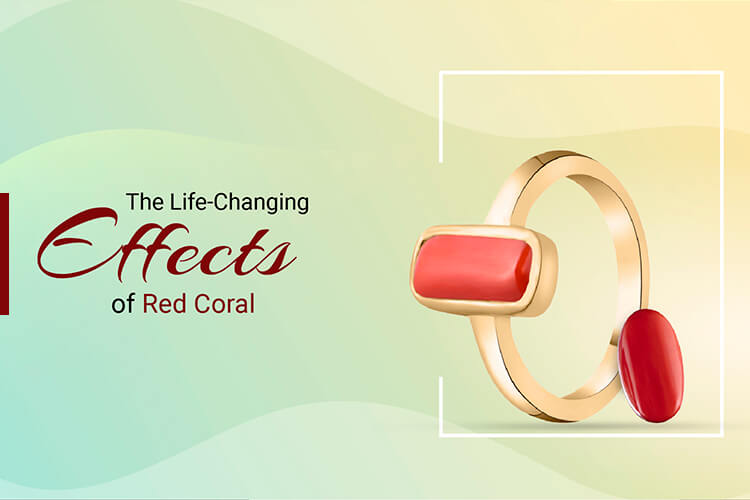 In the Astrology world, all planets are represented by gemstones. So, Red Coral stone is for which planet? Any guesses? Yeah, you guessed it right. The Red Coral stone is ruled by the planet Mars. This precious red gemstone, popularly known as Lal Moong stone or Praval in India, offers energy, vitality, and ambition to the wearer.

However, in Telugu, the Red Coral stone is known as the Rakta Prabal stone or Pagadam stone. Red Coral was considered very auspicious by Romans, and they used to wear Red Coral in amulets.

By the way, everyone is aware of the power possessed by Mars. It symbolises the God of warfare and the commander of armies of God. Also, it has explosive and turbulent power.

Beware is the word used by astrologers when Mars is not favourably placed in the Kundli. However, it goes without saying that Mars is malefic in nature. If afflicted in Kundli or have an unfriendly aspect or combination, be ready for the adverse results.

5 Effects of Unfriendly Mars in Kundli

But as you say, when there is a problem, there is a solution. How can Mars stay away from it?

Well, Red Coral stone is the solution! Yeah, wearing a capsule-shaped Lal Moonga stone can boost the energy of Mars in your Horoscope or Janam Kundli. Red Coral is an organic stone and not mined stone, a priceless gift to humans by the sea.

By just knowing the benefits of Red Coral gemstone, you can’t start wearing a Coral ring, pendant, or bracelet. Everyone knows Red Coral is the representative of Mars, and Mars is malefic in nature. Hence, it is not beneficial to every native. Is Red Coral Right for You? Let’s find out.

Who can Wear Red Coral Stone? 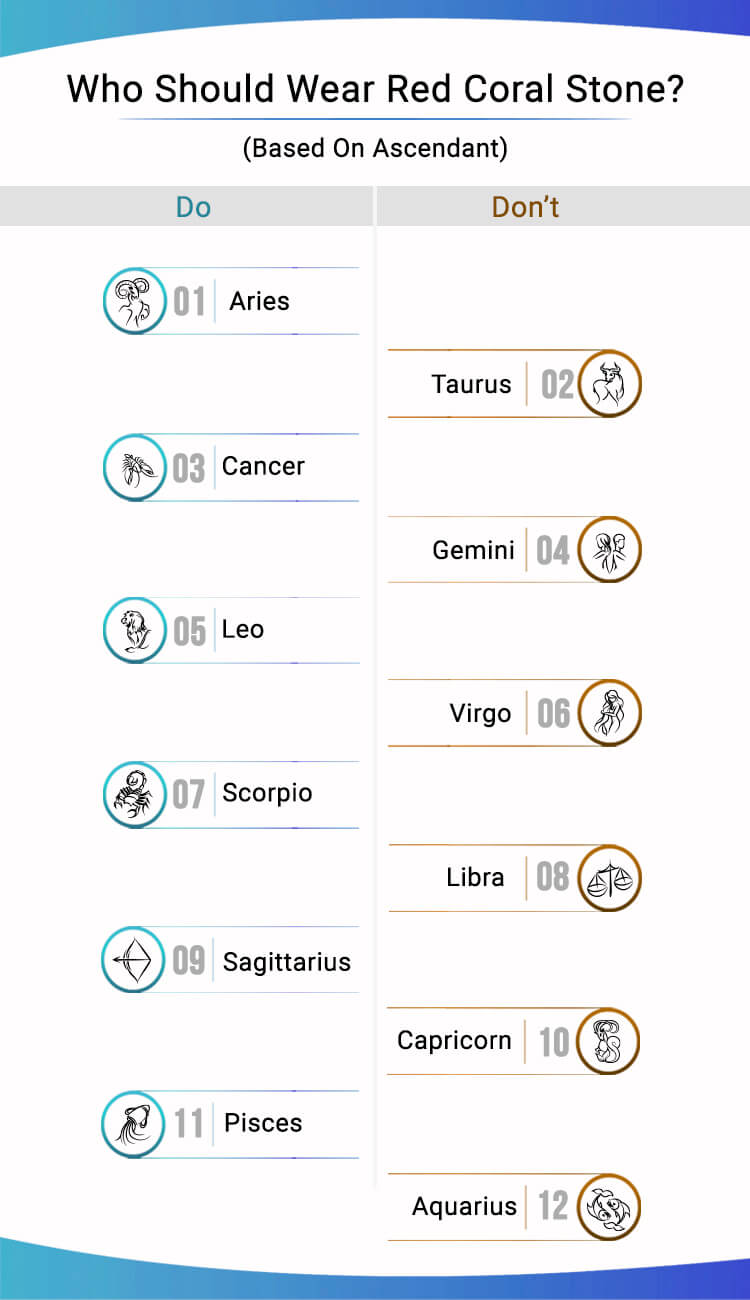 The Indian Vedic astrology recommends gemstone as per the ascendant of the native. Along with the ascendant, the position of Mars in your birth chart needs to be considered before wearing the Lal Moonga stone. Scroll down to know whether you can wear Red Coral gemstone or not.

Aries ascendant: If Mars is positioned in the first, third, fifth, sixth, ninth, tenth or eleventh houses, you can wear Red Coral and get positive results from it.

Cancer Ascendant: Mars is a significant and most potent Yogakarak planet for the individuals of Cancer ascendant. If Mars is positioned in the second, third, fifth, seventh or tenth house, then you can increase your fate and fortune by wearing this birthstone for a lifetime.

Leo Ascendant: Mars is an auspicious and special planet for you. If Mars is positioned in the first, third, fourth, sixth, ninth, tenth or eleventh houses, then you can increase your fate and fortune by wearing this birthstone for a lifetime.

Scorpio Ascendant: Mars is a significant planet for you as it is the lord of your ascendant. If Mars is placed in the first, fifth, ninth or tenth houses, you can wear Red Coral and get positive results from it.

Sagittarius ascendant: If Mars is positioned in the first, third, fifth, sixth, ninth, tenth or eleventh houses, you can wear Red Coral and get positive results from it.

Pisces Ascendant: Mars is a significant, potent and key planet for you. If Mars is placed in the first, second, third, sixth, ninth, tenth or eleventh houses, then you can increase your fate and fortune by wearing this birthstone for a lifetime.

However, Taurus, Gemini, Virgo, Libra, Capricorn and Aquarius ascendants can also wear a Red Coral stone under certain situations. This is why you should wear only after the recommendation from experts. Get Free Gemstone Recommendation Now!

BTW, Red Coral can give relief from the malefic effect of Mars and also the Major and minor period of Mars. Yeah, you read that right.

Red Coral removes the weakness and malefic effects of afflicted Mars in the horoscope. If the placement of Mars is weak, debilitated, and combust, wearing Red Coral gemstone can offer energy to the natal Mars and neutralise its effects.

Also, the natives having Mars in the first, fourth, seventh, eighth or twelfth houses are considered Mangalik. As the Mars placement forms Mangal Dosha or Kuja Dosha. In such a scenario, Red Coral is recommended to get positive results.

Those who are going through Mars Mahadasha or Mars Antardasha in other Mahadasha, and Mars is creating bad influence or weak placement in a horoscope, then wearing Red Coral is likely to minimize the bad influence.

Unfollowing the above method would not activate your Coral stone and keep you away from the benefits. Also, there are side effects of wearing the wrong stone.

Side Effects of Wearing the Red Coral Ring

Thus, it is inevitable to get suggestions from experts before wearing Red Coral stone. Otherwise, you may face its side effects. Get Free Consultation Now.