It has barely been three months since the beginning of the year 2011, and the world has already witnessed a few of the worst of upheavals of recent times. Japan’s tragedy is simply unbelievable! A catastrophe initiated by nature at its furious best went on to become even bigger with the nuclear radiation leak. A horrible example of technology gone wrong; ending up consuming its own creators!

The time indeed is tumultuous, and people are struck and stunned all over the world. Nature and man both have decided to revolt this time! At one
place there are Arab nations of Egypt, Libya and Bahrain embroiled in their own internal politics, ready to overthrow systems and practices they had complacently endured since long. And then there’s nature, ready to pull away the earth from beneath our feet, what with earth shattering earthquakes in New Zealand and Japan at a mere gap of a month.

Amidst all the chaos and hopelessness, there is some one, whose word we can stick to, who sees Hope For The World. He is your friendly and trusted astrologer, Bejan Daruwalla. According to him, this is the time when we need to seek fairness and justice, when we all need to have faith and keep doing our best. He has supreme faith and belief in GOD, and considers him as the only super-power. As per his prophecy, India shall surely become a super-successful nation in a few years time. And, he certainly sees hope for our younger generations.

We bring you some excerpts from a recent interaction our team had with him, in Bejan ji’s own words. 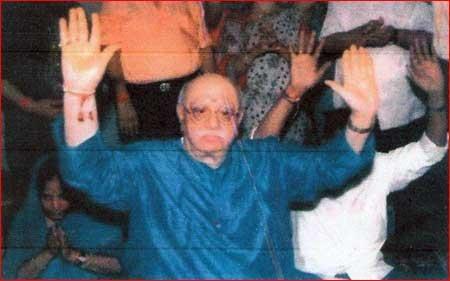 HOPE FOR THE WORLD!
My lord and master Ganesha says that the world is right now under the terrible and titanic grip of Tsunami. It is a time of despair suffering and misery for them. And, we all sympathise with Japan during their tragedy.

My master Ganesha also says that these horrible times will start fading away from roughly 27th June 2013 onwards. The time will certainly be better and more hopeful from then on. Now, this might appear to be a long-long time far to you my darling readers, but it is only a small wink in the history of the 21st century. You will be there even before you realise, for time flies!

I have said time and again that India will be a super-power of the 21st century. The things will become only better in coming times. There may be nagging problems of inflation and all, but hope for the best, for best is yet to come!

The present crisis and turmoil in the Middle East will be resolved latest by October 2012. Why? As per Western Astrology, Saturn has been in Libra since October 2009, and shall remain there till 2012 Saturn. Libra means Justice. And Saturn corresponds to the poor, common, weak masses of the world. The result is, well, obvious. They will get justice! Tyrants and dictators will be toppled over and dethroned. We do know what has happened in Egypt, and what is happening in Libya and other countries like Bahrain. The richer countries of the world too are joining hands to support these nations, and that now is a first.

I am 80 years old. My lord and master is Ganesha. I also respect Allah, Christ and Zoroaster. What I have stated is from my own 2010 astrology book – pages 9 and 10. Now in the end, what is most important is that the future of humanity is bright and glorious. I may not live to see it. But I am absolutely convinced that my young readers will be happy in life. They will have luck, life and laughter.