2012: End of the World? Read the new book by the world famous astrologer! 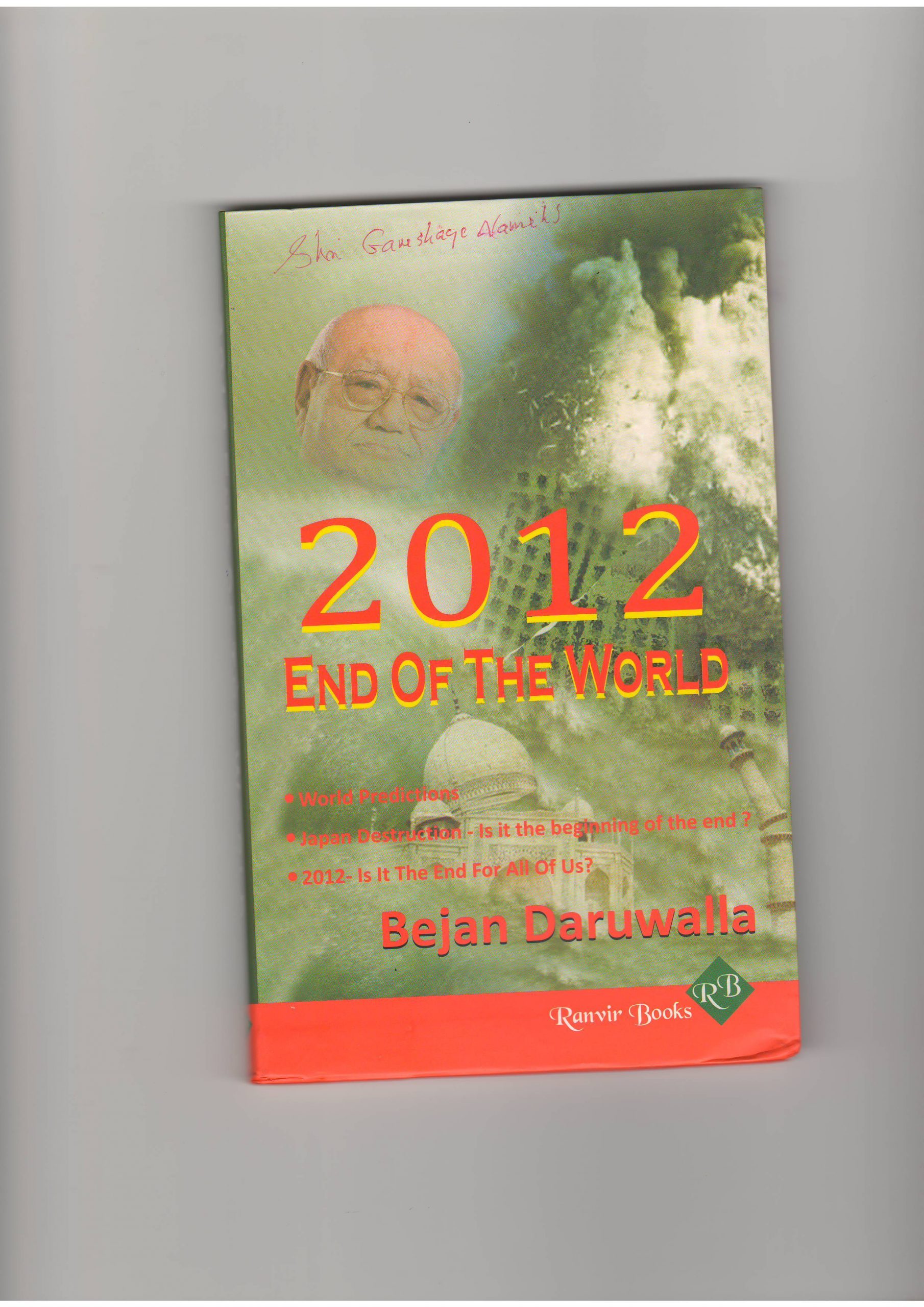 A lot has already been said, written and rumoured about the imminent Doomsday in the year 2012. This prophecy on the doomsday was spurred by the revelation that the Mayan Calendar, the oldest system of calendars, bears no recorded entries post 21st December 2012. Many surmised, based on this reading, that the world would end on this day. Mayan Calendar, used by the Mayan civilisation, is one of the oldest system of calendars. Will the year
2012 really mean the end of the world? Are we all humans going to be wiped-off the face of the earth? Or the oh-so-famous, much-talked-about prophecy is merely an off-shoot of an old, mystical system of prophesying?

This is what spurred the great astrologer Bejan Daruwalla to step in, and compose an entire book on this topic. Today, as we are about to step into the feared year 2012, Bejan ji has released his book ‘2012 End of the World’.

Bejan Daruwalla, now 81, is a staunch Ganesha devotee, and he is at his best in this book. He has both experience and compassion. Remember, he is the man who predicted the tsumani, Middle East Uprising, India?s rise and imminent super power status (as early as January 1990), death of Michael Jackson, the humanisation of robots and India winning the World Cricket Cup (Bombay Times, Times Now, NDTV Profit, CNBC Awaaz, CNN IBN and India TV). We have already seen the overthrowing of tyrants in Egypt, Libya. Bejan had predicted about these happenings in his 2012 book.

Bejan openly admits that many times he goes in a slight trance, and does not realise the full impact of his predictions. He also says that from time to time he may go wrong. The simple reason is, he is human after all. He does not claim any greatness. He is humble like the great and mighty Hanuman, who bows with folded hands. He was invited, not once but twice, for the World Cricket Cup predictions. Big Boss 2010 prediction he did on the National television, as actor Salman Khan (the show host) waited reverently, is quite recent. Despite, such insight and ability, Bejan Ji is humble. He says, I am
nothing. My Ganesha is everything

Before you read ahead, see what Lord Ganesha Himself has to say for the great man, Bejan Daruwalla.

Ganesha says, in the book, my devotee Bejan Daruwalla, who is now 81, deals with the future of the world. He has my blessings. My Bejan says that this 21st century will be the BEST in the history of mankind. Why? The reason is technology will marry humanity. My Bejan keeps an OPEN MIND, laughs at himself, admits he goes wrong from time to time. The world is the playground of my Bejan. He is my child. Allah / Zoraster /
Buddha / Christ love my Bejan. The reason is my Bejan believes in EK ONKAR, all faiths are one. Bejan is positive, knowledgeable, intuitive, experienced, and sincere. In short, his scope and canvas is both, wide and varied.

The book ‘2012: End of the World’ by Bejan Daruwalla is not merely limited to the predictions of the world in the year 2012. The name is a misnomer in the sense that it may make you believe that the scope of the book is only limited to the year 2012. Au Contraire, the book has a vast SCOPE AND CANVAS. It doesn’t limit itself to the next year, but goes far far ahead, and touches so many aspects of our lives and the world at large, that an average reader will be stunned.

Following are some excerpts from the must-read book –

We live in a corrupt, cynical and capricious world. Even then I predict, in the name of Ganesha, that the 21st century will be the best, biggest and the brightest in the history of mankind. That, in essence, is what the book is all about?. (Page: 162)

The first 41 pages of the book describe a dream, or to be more precise, a nightmare sequence of disasters, fires, earthquakes and asteroids smashing and destroying the world.

From page 42 onwards, Bejan launches away with the beginning, ?All the oppressed, suppressed, depressed of the world will find justice between October 2009 to December 2020, thanks to Saturn. THIS IS A GREAT, HEARTENING NEWS. Be it Tibet, or the land taken away from the Arabs or, for that matter, the rights of the Parsee women even if they are married to non-Parsees, or the rights of the aborigines, any other injustice, will find a just, fair solution. This is the heart of the matter, the crux?

There is an astro thriller in the book, The Case Of The Stolen Ruby in the book. There are 12 months, and therefore there are 12 signs or rashis. All the 12 rashis or signs are totally different, and therefore react differently and very dramatically. The Ruby gets stolen. Detective John Grey, formerly Scotland Yard, is specially called to find out the robber who stole the ruby. The ending is surprising. Bejan is an astrologer who can laugh at himself. The ending has a twist. This one act play can be transformed into a full fledged drama. Each sign can have numerous attachments, relationships, motivations and therefore separate conclusions. It can be a real nerve tingling thriller. The scope for making it into a movie is there.

Poetry is very personal. Poetry is all about language, images, expression, feelings, passion, love. The book 2012: End of the World, also contains 4 poems, which poetry readers all across shall find very exciting.

Bejan speaks of connectivity and collectivity, computers, mobile, technology. He predicts that technology will join hands with humanity. When? For that you will need to read the book.

And, then we reach the section that answers the question – What will happen in India in 2020? Exciting, eh?