Significance of Sharad Purnima and its admired moonlight rich-Kheer 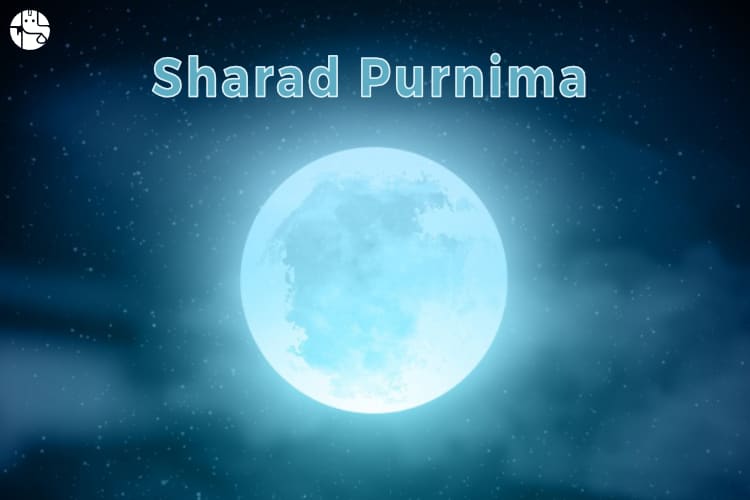 Sharad Purnima is a harvesting festival which is celebrated in the lunar month of Ashwin. This festival is remembered by several names like Kumara Purnima, Kojagiri Purnima, Navanna Purnima, or Kaumudi Purnima. The festival began with the maidens welcoming the God Sun just at the sunrise with a coconut-leaf-made-vessel called Kula replenished with fried paddy followed by Arti.

Sharad Purnima is one of the most auspicious festivals according to the Hindu Calendar celebrated in the lunar month of Ashwin. It is believed that on this day, the brightness of the moon exceeds its actual limits and shines with full glory with all sixteen Kalas. This festival is also popularly known as Kojagiri Purnima, and this year it is going to be celebrated on 30th October 2020. On the day of Sharad Purnima or Sharad Poonam, in some parts of India, devotees worship with divinity to Lord Krishna and Vishnu, while in another they worship Goddess Laxmi.

According to the Hindu belief, this is the night when Lord Krishna performed a dance with utmost intimacy and permeated the whole universe with divine love. It is also believed that the angelic dance of Lord Krishna with Gopis of Vrindavan stretched the night to the extent of one night of Lord Brahma, which was equivalent to billions of human years.

The speciality of having Kheer on the day of Sharad Purnima is widely admired as it is supposed that the light of the Moon drips nectar which contains varied kinds of healing properties. So people prepare rich-kheer and leave it in the moonlight for the whole night, and  the next morning the same energized kheer is distributed to all the family members as a prasad.

As per the astrological phenomenon, the Moon is considered to be the controller of both mind and water, the two most important facets of life. On this day, the light of the Moon shines with an immense brightness and naturally affects the tide. This special effect produced by the Moon causes the fluctuation of tidal waves in the sea. Not only the sea, but the positive impacts of the Moon also falls on our aqueous part of the body and unusually affects everyone. As per the Vedic astrology, it is estimated that the performance of specific remedies on this day, like worshipping Chandra Yantra and offering milk and water to the Shivling in the nearest Shiva temple can put a very unusual effect on a self.

As per the ancient scripture, it is said that the auspicious day of Sharad Purnima has its own scientific code of conduct. From this particular time being, the summer comes to an end, and the weather starts changing. This is why people tend to be afflicted by "Pitta or acidity." So the moonlight kheer comes to people's rescue as an antidote. Another belief for this day is if the moonlight falls on the navel of the pregnant women, the fetus gets healthier.

The Sharad Purnima fast Rituals became popular when the two elder sisters of moneylender observed fast one with complete devotion and other just for the namesake.

Once when they grew up and got married. The elder sister gave birth to healthy children, and the younger sister had no child. For which she was depressed and went to the Saint for a remedy. The Saint understood her misery and advised him to observe Purnima fast with complete devotion and Interest. The younger sister realised her mistake, and this time she too kept the fast on Sharad Purnima and dedicated her absolute time to worshipping the God Moon. After her penance and ritualistic farming on Purnima, the younger sister gave birth to the child, but unfortunately, the child was stillborn. The younger sister knew that her elder sister has the blessing of God Moon, and she might have the power to make her child alive. Thus, the younger sister made a plan and called her sister at home, where she asked her to sit on the bed. The moment she went to sit, the white bedsheet touched her body, and the baby started crying. When she saw the baby under the bedsheet crying, she scolded her sister for being careless. Then she explained everything to the elder sister and told her that by the grace of God Moon, the baby again came to this world.

Sharad Purnima is the day of transcendental night and also named as Kojagiri Purnima. On this day of stellar night, people observe Vrat for the whole day and worship Goddess Lakshmi, the deity of prosperity and wealth.