Kartik Purnima And Celebration Of Different Festivals On This Auspicious Day 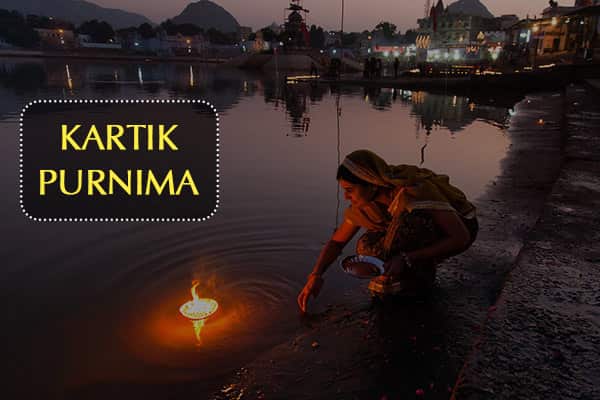 The victory of Lord Shiva over the demon Tripurasur is commemorated on Kartik Purnima, which is also known as ‘Tripuri Purnima’ or ‘Tripurari Purnima.’ When this auspicious day occurs in the ‘Krittika’ Nakshatra, it is referred to as ‘Maha Kartik’.

On this day, devotees of Lord Vishnu and Lord Shiva read the story about Kartik Purnima. According to Kartik Purnima Katha, three demons named Vidyunmali, Tarakaksha and Viryavana had conquered the whole world, defeated the Devatas and were collectively referred to as Tripurasur. Tripurasur created three Tripura cities in space after defeating the gods. Lord Shiva killed Tripurasur with a single arrow on Kartik Purnima to put an end to his rule. As Devatas heard this, they became happy and marked the day as a festival of enlightenment that is also called Dev Deepavali or Diwali for the gods.

Vrinda’s(Holy Tulsi Plant) birthday is also celebrated on Kartik Purnima. Matsya, Lord Vishnu’s incarnation as the fish, was also born on this day. Kartik Purnima is also thought to be the birthday of Lord Shiva’s son, Kartikey. Fasting and rituals on Kartik Purnima pave the way to Dharma, Artha, Kama, and Moksha, according to Hindu mythology.

If there is any doubts about the rituals, you can always Talk to our Experts.

Kartik Purnima Celebration and Different Festivals on this Day

In various parts of the country, the holy month of Kartik is celebrated with great zeal and dedication. Hindus consider performing a bathing ritual and worshipping their Gods and Goddesses to be auspicious. As per Hindu mythology, on this day the Hindu Gods have come down to the earth in the sacred rivers and, consequently, by taking a holy bath in a river, worshippers receive the blessings of all gods. Here’s how this auspicious day is celebrated in different communities:

Kartik Purnima is known by many different names. The ultimate goal, however, remains the same. This festival’s main goal is to cleanse the soul from sins and invite positivity into life. Kartik is the holiest month among all lunar months. Performing specialised rituals on this auspicious day, one can get rid of the impact of malefic planets and planetary doshas.

Attract Good Luck With Your Personalised Horoscope On The Auspicious Day Of Kartik Purnima! – Talk To Expert Astrologer Now!