Will Yuvraj Singh Play for the Indian Cricket Team in 2015 World Cup? 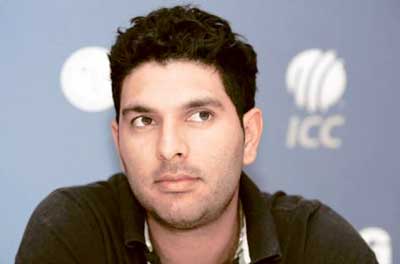 One of the hardest hitters of the ball in the contemporary international cricket, Yuvraj Singh is a fighter to the core. The all-rounder who bats left-handed and bowls left-arm spin, has seen many ups and downs in his career. He has not performed as well in Test matches as he has in the ODIs. The World Cup win for the Team India in 2011 comprised one of the most memorable moments in Yuvi’s career, in which he was named Man of The Tournament. However, soon after that he was diagnosed with cancer, which started a long battle for him and tedious stint of treatment in the US. Much to his ardent fans’ happiness, Yuvi recovered, and was named in India’s squad for the World Twenty20 in Sri Lanka. However, due to his poor form, Yuvraj has been out of the national cricket team for some time now. He had himself tweeted that there is a possibility that he may never play for India again, but that he would do his best to make a comeback for the ODI World Cup in 2015.

Will he or won’t he play for the 2015 World Cup is the question, which Ganesha tries to answer with the help of Vedic Astrology.

In Yuvraj Singh’s Natal Chart, Jupiter is the Ascendant Lord, and it is placed in the star of Rahu. However, the star Lord Rahu is placed in the 8th House. This can be the root cause of his health problems and disappointing performances, post the 2011 Cricket World Cup.

Currently the transiting Saturn is passing through Yuvraj’s 12th House, over his Natal Sun. While Rahu is passing through the 10th House in Yuvi’s Chart, over his natal Saturn and Mars. Both these factors are making his task even more difficult to establish himself yet again in Team India. Such a difficult transit may also be held responsible for Yuvi’s disappointing performances.

However, the transiting Jupiter in Cancer is aspecting Yuvraj’s Natal Sun as well as his 10th House Lord Mercury. So, he does have the potential to bounce back from his latest disappointments.

Ganesha feels that Yuvraj, thus, will gradually get his rhythm back. His unbeatable spirit, determination and ability to fight adversities will help him emerge stronger.

However, the transiting Rahu and Saturn may not allow him to break the shackles entirely. Overall, his performance will remain inconsistent, and thus, he may not be able to find a place in the Indian squad for the 2015 Cricket World Cup.