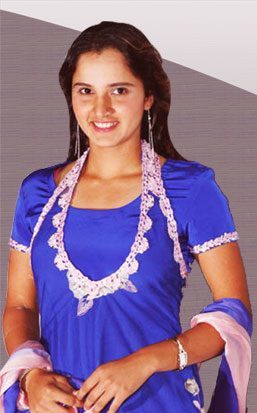 The Indian Tennis champion from Hyderabad is on the threshold of facing the Olympics 2008. Sania Mirza dropped 10 places to 60 in the WTA rankings released on Monday. This has given heat to the speculations on her performance in the upcoming 2008 Summer Olympic to be held in China.

Ganesha conducts an analysis of her Sun chart, as her birth time is not available, to predict her performance.

Astro Analysis
The tennis event of the Olympics 2008 will be held at the Olympic Green Tennis Centre in Beijing from August 10, 2008 to August 17, 2008. During this period transiting Sun will be in applying square to her natal Sun and in applying opposition to her natal Mars. This will give her a strong challenging attitude and her play will be vigorous and she will put up a tough fight.

Important Dates
Depending on her opponent’s chart, her chances of winning are brighter on 10th, 12th and 16th August. But, she will definitely give a tough fight and play hard ball with her opponents especially on these days.

Summary
Ganesha feels that Sania Mirza may get some respite from her prevailing tough period where she has not been able to perform and maintain her status.

Wishing her good luck and may Lord Ganesha bless her.