India vs South Africa: Some bouncers and googlies in store for the firery Kohli! 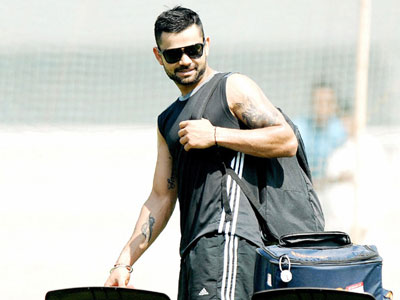 Popular Indian cricketer Virat Kohli has been selected as the Test skipper for the series against South Africa, which starts from 2nd October 2015. Although, Virat is a strong and aggressive batsman, will he prove to be a good captain? Well, only time will tell...
GaneshaSpeaks.com’s reputed astrologers have studied Virat Kohli stars and deduced that he will have to put in extra efforts to prove his mettle and delight the cricket fans. Read on...
Virat Kohli :-     Indian Cricketer
Date of Birth :-  05th November, 1988
Time of Birth :- Not Known
Place of Birth :- Delhi, India
SOLAR CHART