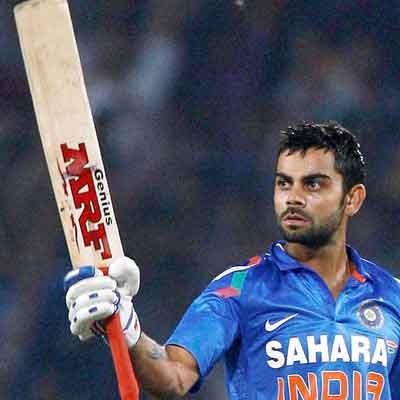 "His leadership acumen may be under a cloud till around January 2016, so needs to focus more on batting till then" - Voice of Ganesha.
Virat Kohli slammed a brilliant 138 before the bowlers produced an impressive performance as India comfortably beat South Africa by 35 runs to level the series 2-2 in Chepauk. Though, India couldn't clinch a series victory, as the South Africa proved to be too hot to handle in the 5th and final ODI, Kohli showed streaks of resurgence and return to his form. In the end, Kohli's 23rd ODI hundred proved to be a shade better effort than De Villiers' 22nd ton in the final context of the match. If Kohli's innings was about asserting his supremacy in the limited overs format, De Villiers was innovation personified hitting all round the wicket. But what do the stars have to say about the aggressive Scorpio crickter? Will he turn the tables in the upcoming matches? Find out...
Virat Kohli:- Indian Cricketer
Date of Birth:- 5th  November, 1988
Time of Birth:- Not Known
Place of Birth:- Delhi, India
SOLAR CHART