His resume is an impressive one for a cricketer who is only 22 and yet to play a Test match. He has proved his batting skills with his brutal exploits at domestic T20 matches, and his 54 run knock off 18 balls during the CLT20 last year is considered as one of the best knocks in T20. His ability to smash the ball out of the park coupled with his decent medium-pace bowling, makes him an attractive T20 option. Yes, we are talking about none other than Kieron Pollard, the run machine from West Indies. No wonder he was bought by Mumbai Indians for US$750,000, which is the highest fee paid to any cricketer in IPL

Pollard is hailed as the most sought after cricketer today. Ganesha uses the Vedic astrology system to predict his performance in the upcoming IPL season: 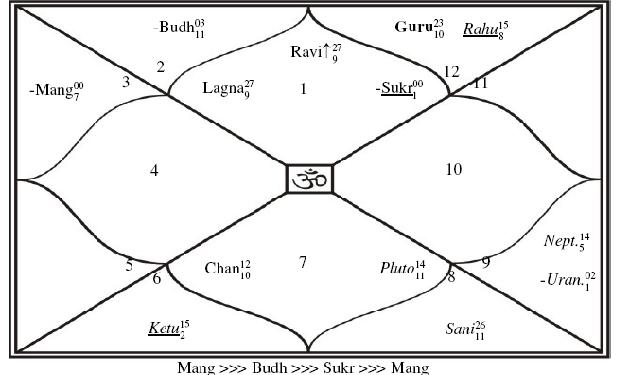 The right-handed all-rounder and flashy star of West Indies, Kieron Pollard has mixed planetary influences during IPL-3. He will play useful innings in the middle order during the early matches of IPL. But he may find problems in piling up big scores. However, his performance will improve gradually, thanks to transiting Venus in Pisces and Aries. He may become a real threat for Mumbai Indian’s opponents between 22nd March and 11th April. He is likely to demolish any bowling attack with his aggressive hitting which can turn the game. He will also provide a good medium fast bowling option. The transiting Mars indicates that his enthusiasm and penchant for taking risks will be the ingredients for success during that phase. It also suggests that a great deal of energy and enthusiasm will carry a risk of being impulsive and assertive and scattering his energy in too many directions. So it will be most necessary for him to seek guidance of senior team members to derive maximum positive results.