Who Will Win, Uruguay Or Russia In FIFA World Cup 33rd Match 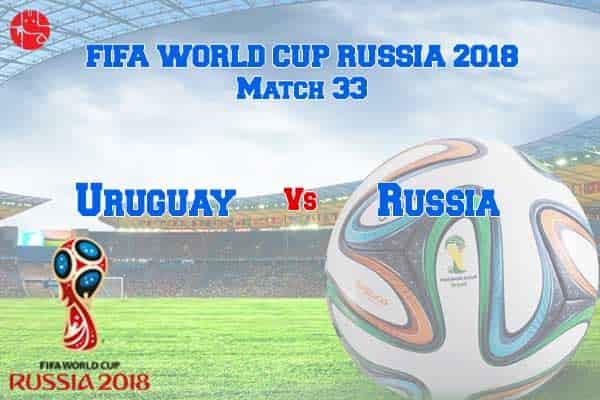 Perhaps, no other sports tournament generates so much excitement and enthusiasm as FIFA World Cup. As the entire planet is watching the matches being played in the 2018 version of this series, a significant match is around the corner. Yes, host Russia is going to play against Uruguay on 25th June. Ganesha has analysed the outcome of this match astrologically. Read on to know:

Uruguay Vs Russia Match Prediction: About The Performance Of The Players

The chief players in the Uruguay team are Fernando Muslera, Martín Campaña, Martín Silva. As for Russia, they are banking on Igor Akinfeev (Captain), Andrey Lunyov, Vladimir Gabulov among others. Russians have won both their matches so far. The psychological advantage of playing in their home turf may be a factor. But Uruguay too have won both the matches. So, it may be an interesting fight. Who will win, Uruguay or Russia, is the question on everybody’s mind.

Who Will Win, Uruguay Or Russia, Know The Prediction From Ganesha

As per our astrology match prediction, Uruguay is going to win this match. This may come as a setback for the Russians. But things will not be lost for them. Ultimately, sports is not just about competition. It also tends to create the joy of playing and happiness.