Who Will Win Today, Uruguay Or France, In 57th FIFA 2018 Match - GaneshaSpeaks
https://www.ganeshaspeaks.com 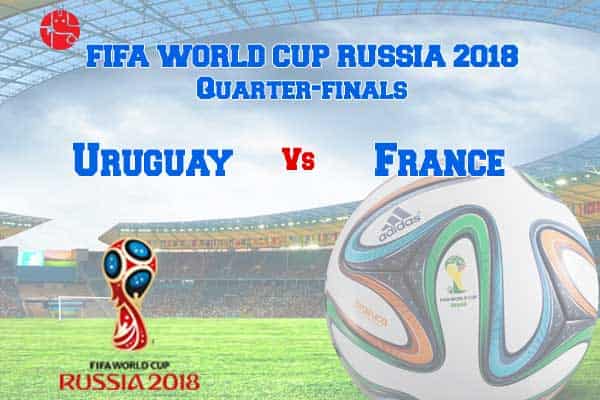 This is going to be the first quarter-final match between two great teams of Uruguay and France in this FIFA World Cup 2018. This is going to be one of the most epic matches (though every match at this stage is now going to be epic) and is going to decide the semi-finalists which, is the next round of the football World Cup held in Russia. Both these team are in top form but as per the statistics, these two teams have faced each other eight times and France has just won one of them. The previous encounter happened in a friendly match which was in June 2013, where Uruguay had won the match with a score of 1-0, where Luis Suarez was the goal scorer.

Uruguay VS France Match Prediction: About the Top Players’ Performance

Both the teams are in great shape and would be ready to face each other with all the preparation and tactics. France has a great line up with players like Antoine Griezmann, Kylian Mbappe, Olivier Giroud, N’Golo Kante, Paul Pogba, Raphael Varane, Benjamin Pavard and Lucas Hernandez. On the other hand, Uruguay has quality players like Edinson Cavani, Luis Suarez, Rodrigo Bentancur, Matias Vecino, Nahitan Nandez, Cristian Rodriguez, Carlos Sanchez and Diego Laxalt.

Who Will Win Today, Uruguay or France? Ganesha Predicts.

As per today’s match prediction using astrology, it is foreseen that France will win this match played against Uruguay, to qualify for the semi-finals this FIFA World Cup 2018. Both the teams will undoubtedly, give their best shot at winning this game but only one team wins this match and probably, France will be the team that will move forward in this football World Cup 218 held in Russia.