Though Steve will be able to chip in with good performances, there will be a lack of consistency.. 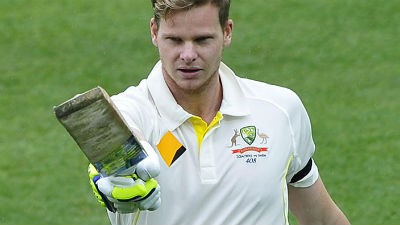 Australian captain Steve Smith won the ICC Cricketer of the Year award at the ICC Awards ceremony in Dubai on Monday. The batsman won the Sir Garfield Sobers Trophy for his achievement. Smith was also named the ICC Test Cricketer of the Year. The ICC website said that Smith finished as the leading run-scorer in Tests with 1,734 runs in 25 innings of 13 matches at an average of 82.57. This included seven centuries and six half-centuries. In 26 One-Day Internationals, Smith scored 1,249 runs at an average of just under 60 with four centuries and eight half-centuries. He was a member of the Australia side which won the ICC Cricket World Cup 2015 earlier this year. How will the year ahead be for him? Check out…

[Owing to the unavailability of credible birth-time of the Smith, the analysis and predictions have been done on the basis of the Solar Chart/ Surya Kundli with the help of his birth-date and birth-place only.]

1) Will Steve Smith’s purple patch continue in the upcoming year?