Stars to blame for Dhoni’s ill luck? Ganesha finds out

India’s ouster from the 2009 T20 World Cup raised a lot of questions, but those mainly pertained to the team’s fitness level. And Dhoni managed to dodge them by blaming the selectors and the draining IPL schedule. But after India crashed out of the T20 World Cup again this year without a single Super Eight victory, the focus was not just on the team’s fitness level, but also on the team’s and its captain’s commitment. And this time, Dhoni has been caught in the crossfire. There have been speculations that the BCCI may strip Dhoni of the captaincy, but whether these speculations come true remains to be seen. Ganesha offers his views on the subject. 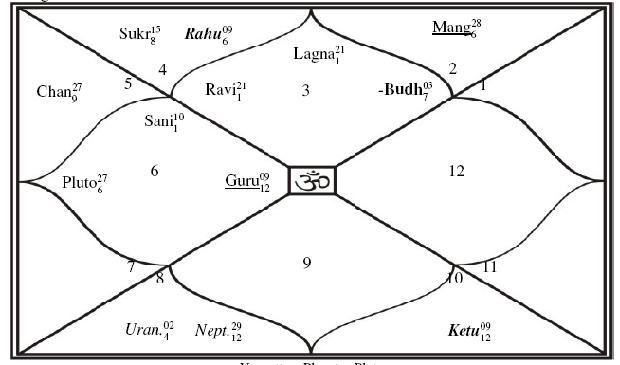 MS Dhoni has Mars Atmakaraka placed in its own star Mrigasira, Sun exalted in the Navmansa, Mercury placed in its own sign and Saturn-Jupiter conjunction in Virgo. This strong planetary configuration makes him original, independent, strong, a very good tactician and a good conversationalist. So there is no doubt about his potential as a captain. His charts also indicate courage and strength. At present, the transiting Saturn is moving over the natal Saturn forming square with Sun and the transiting Rahu is passing through the 7th House from the natal Sun forming a square with Saturn. Due to these complicated transits, his performance as a player and captain has been questioned. He may continue to feel the heat till mid November 2010. But this is just a passing phase of his career. His failures will become a key to his success. Fans and cricket administrators need to guard him against mud-slinging.