Brad Hodge, the right handed batsman from Australia, who bats in the middle order is also a right arm off spin bowler. He played 3 matches in the first edition of IPL without any success. But in the second edition, he was back with a bang. He scored the highest runs for his team, and was also the most consistent player of his team- Kolkata Knight Riders, which is arguably the most popular franchise in IPL. Hodgy is likely to open for KKR.

Ganesha uses the Vedic astrology system to find out what is in store for this Knight Rider who has been prolific for his team in the previous season of IPL: 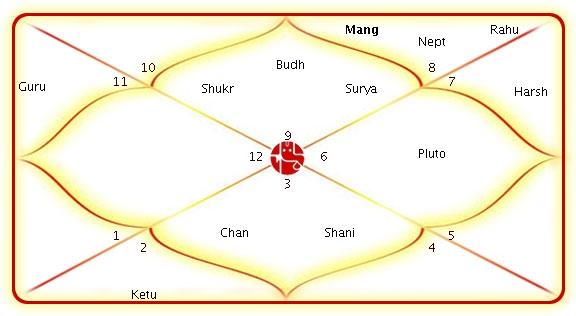 The planetary influences during IPL- 3 will help Brad Hodge, the right-handed batsman from Australia, to become a regular and consistent performer for Kolkata Knight Riders. The transiting Rahu over the natal Sun may cause some problems but his determination will help him to play well in a crisis or even under pressure. He will play according to situations and do especially well at analysing problems and will come up with effective solutions, which will help his team to make things function even better. Brad Hodge will become a key player for KKR and his success will determine the fate of KKR during this IPL campaign.