SRH vs CSK Match Prediction: Who Will Win SRH vs CSK IPL Match 2019 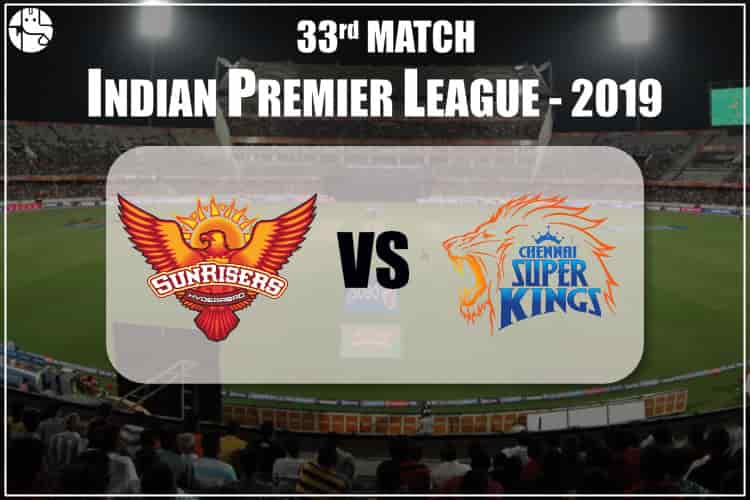 The SunRisers have lost four games out of the seven games they’ve played this IPL 2019 season while the Chennai Super Kings have won 7 out of the eight IPL matches they’ve played this season. That in itself says a lot about both the teams. Everyone had a ton of hopes for the SunRisers as they’re the runners up from the previous season. However, they’re struggling to make a name this time around. In fact, the Dehli Capitals climbed to the second spot on the table after defeating the SunRisers Hyderabad in the 30th match of the IPL 2019. As per the cricket pundits, the SunRisers had a shaky start in the second innings. With a 20/20 cricket match, every moment is important, and a struggle like that can cost you a game, which is precisely what happened. However, Khaleel Ahmed from the SunRisers did stand out with his performances with some amazing shots. Who do you think will win SRH vs CSK match? Ganesha has carefully analysed this game and about SunRisers Hyderabad and the Chennai Super Kings. Read to find out more.Prediction for Tomorrow’s IPL Match:

As per Ganesha’s findings, SRH vs CSK toss will be won by SunRisers Hyderabad.

SRH vs CSK Match Prediction: Who will Win SRH vs CSK in 33rd IPL Match

According to Ganesha, In this SRH vs CSK match, the team to win the 33rd match of the IPL 2019 will be SunRisers Hyderabad.