Dear Sreesanth – be  a bit more composed and cautious in the days to come, says Ganesha…

Dear Sreesanth – be  a bit more composed and cautious in the days to come, says Ganesha... 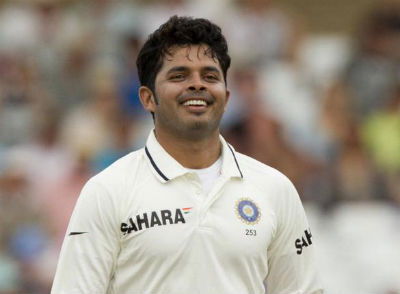 He is the perfect example of an eccentric and a mercurial personality, who is free-spirited, aggressive, passionate, intense, exhibitionist and even emotional!  Shanthakumaran Sreesanth or S Sreesanth as we know him, has been controversy's favourite child, even before the IPL issues occured. No one can forget the winning catch that he took in the final of the 2007 T20 World Cup, but people also have seen a lot of histrionics and antics of this fiery cricketer which has always made him an intriguing case.
The Maverick Indian Paceman, who got landed into a controversy in the Indian Premier League for spot-fixing has got a clean-chit from the courts but the BCCI - the cricket Administrator of India has refused to lift the ban on him!  What can be the astrological reasons for such a wayward and chequered career of Sreesanth. With the help of the Solar Chart, Ganesha checks out his stars and predicts the way ahead...
S Sreesanth - Indian Cricketer
Date of birth :-  06th February , 1983
Birth Time :-     Not Known
Place of Birth :- Kothamangalam, Kerala, India
SOLAR CHART
[Owing to the unavailability of credible birth-time of the celebrity, the analysis and predictions have been done on the basis of the Solar Chart/ Surya Kundli with the help of his birth-date and birth-place only.]
Astrological Predictions :-
1) What lies ahead for the eccentric Cricketer?
2) Are the planets favourable for Sreesanth to make a comeback to the Indian Side?
3) Are any more troubles indicated for him in the future?
Ganesha wishes good luck to S Sreesanth.
With Ganesha's Grace,
Rantidev A. Upadhyay
The GaneshaSpeaks.com Team
Share

Wedding Bells For RJD Leader Tejashwi Yadav, But He May Face…