Who Will Win The Match, Spain Vs Russia Match Prediction FIFA 2018 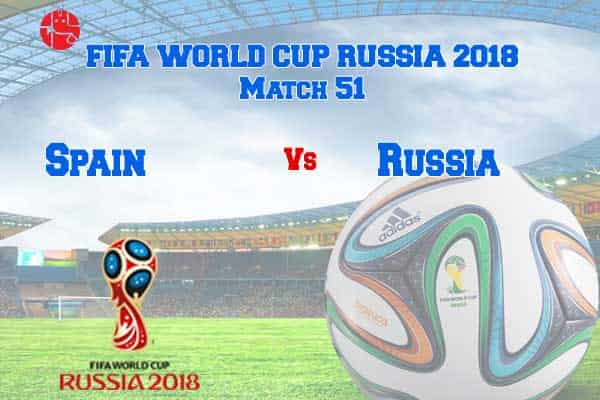 We needfully associate the football playing teams with their countries. Thus, nationalism and its effects are bound to influence us in major sports events like FIFA World Cup. Now, Spain and Russia are going to fight each other in the 51st match of FIFA World Cup 2018, wherein elements of nationalism are bound to create stronger emotions. Now, know what Ganesha says about Spain vs Russia match to be played on 1st July. Who is going to win this match, know what Ganesha says?

Spain Vs Russia Match Prediction: About The Top Players’ Performance

Traditionally, Spain has been a good football player, better than Russia on many counts. But in this tournament, Russia too have played well. It has won two out of the three matches, while Spain have won only one of the three matches which they have played, while the other two resulted in draw. The main players in Spanish team are David de Gea, Kepa Arrizabalaga, Pepe Reina. On the other hand, some of the main players in Russia are Igor Akinfeev (Captain), Andrey LunyovVladimir Gabulov. It’s going to be a tough match.

Who Will Win Today, Spain Vs Russia? Here Is The Prediction

As per our astrological match prediction, it is foreseen that Spain will win this match. But it won’t be a cakewalk for Spain. Russia will try and fight valiantly.