Spain Vs Morocco Prediction: Who Will Win FIFA 2018 36th Match 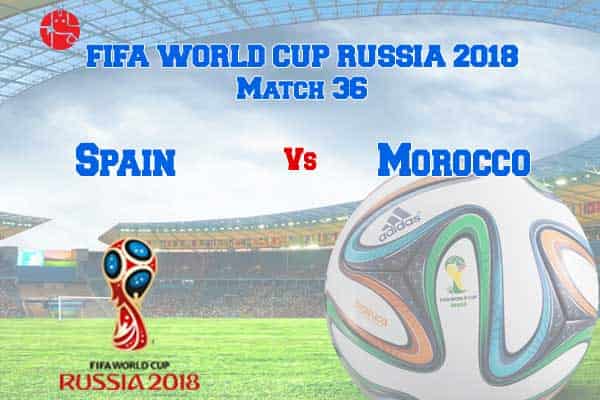 Spain ranks high in the football playing countries. On the other hand, Morocco is way below the standards held by Spain. Inspite of this difference, both the teams are going to face each other in the 36th FIFA World Cup Match to be played on 25tth June. Ganesha has analysed the outcome of Spain Vs Morocco match and predicted the following. Read on:

The chief players of the Spanish team are David de Gea, K Kepa Arrizabalaga, Pepe Reina. As for the Morocco team, some of their main players are Yassine Bounou, Munir Mohamedi, Ahmed Reda Tagnaouti. As for the performance of the two teams so far in this world cup, Spain has won one match while the other one resulted in a draw. And Morocco have lost both the games which they have played so far.

Who Will Win, Spain Vs Morocco, Find This Prediction

As per the match astrology prediction undertaken by Ganesha, Spain will win the match. In fact, they won’t face much problem in winning this match. Morocco won’t be able to put up a strong resistance. It may turn out to be a one sided match.